9 Punjabis among 11 gangsters threat to public safety in Canada 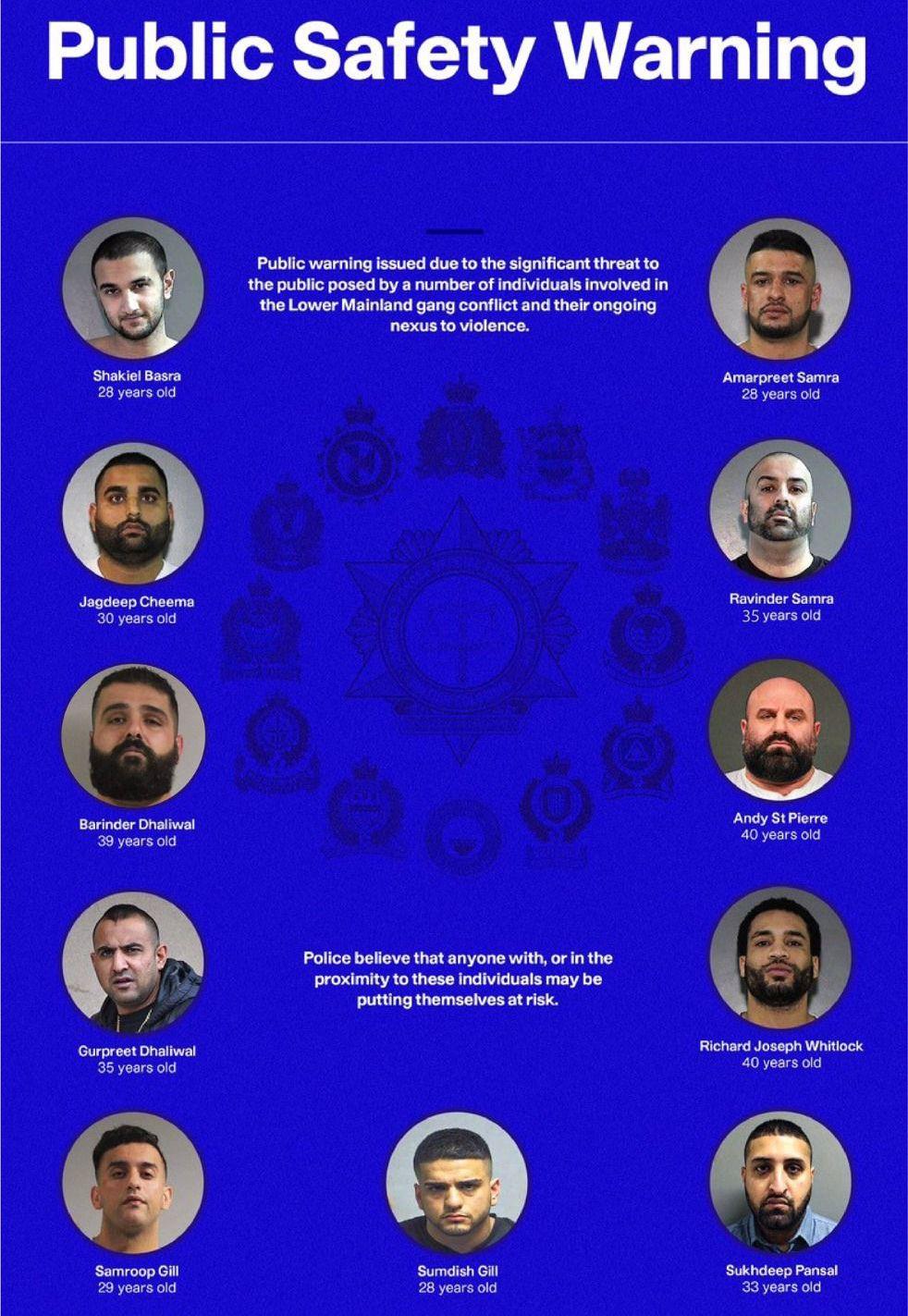 The Canada police have issued a warning about 11 men linked to extreme levels of gang violence. The police have warned the public to avoid being near them.

Out of the 11 men, nine are of Punjabi origin.

The British Columbia police said that they were linked to a slew of killings and shootings in the province.

“It is highly likely that a rival gangster will target them with violence,” said Combined Forces Special Enforcement Unit Asst Cmdr Manny Mann, saying the men listed are a risk to their friends and family.

Media reports from Canada said that such warnings to stay away from specific alleged criminals were earlier unheard of, but have increased in recent years.

A gangster, Meninder Dhaliwal, who was on last year’s 11-man list besides another six-member list of the Vancouver police was gunned down in Whistler late last month in a public place.

The shooting caused much panic and had tourists and visitors screaming and running from the violence.

Yet to accept Goldy’s presence