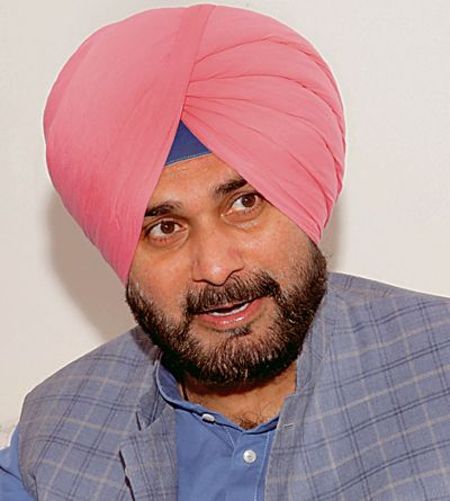 Sidhu after meeting Punjab Governor Banwarilal Purohit with a charter of demands said there were killings and gang wars in the state but the Punjab Police were being used to book those speaking the truth. He was referring to an FIR against AAP’s founding member Kumar Vishwas and Congress leader Alka Lamba.

Submitted memo on burning issues to Guv… Resonating the people’s voice… He said he’s looking into the matter… Will even go to Delhi for Punjab, Punjabiat and rights of Punjabis. —Navjot Sidhu, PCC Ex-president

Targeting Chief Minister Bhagwant Mann, Sidhu said instead of touring other poll-bound states, he should focus on controlling law and order in the state. “The CM is just a rubber stamp. The CM of the border state has to be a self-respecting person and not whose strings can be pulled,” he said.

On free power, he said: “After announcing that all will get 300 units of free power, they have gone back. Punjab does not have resources to fulfil hallow poll promises.” —