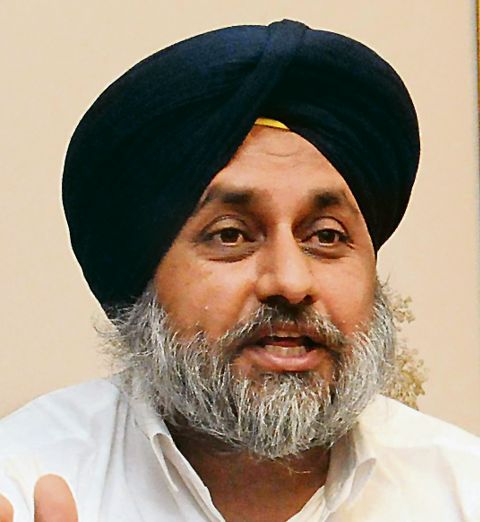 Senior leaders Prof Prem Singh Chandumajra, Maheshinder Singh Grewal and Daljit Singh Cheema said it was condemnable the AAP government was acting against all democratic norms as well as the jails manual by meting out inhuman treatment to Majithia.

“Even facilities to which Majithia is entitled to as an under trial are not being extended to him. The government is even trying to intimidate and harass him with the Jails minister personally visiting the Patiala jail to brow beat officials. This is the first time that a minister has visited the barrack of an under trial, making it clear the AAP government wanted to indulge in vendetta against him”. Chandumajra said the government was even trying to muzzle the freedom of the press by arresting the PTC Managing Director in a false case.

Prof Chandumajra said the PTC management even wrote to the DGP and sent a reminder stating that despite handing over all proofs in the case, the state police had framed it in a false case. He said PTC not only submitted the DVRs of CCTV installed at the Mohali office but also proved through video evidence that the complainant had been living with all other contestants.

Maheshinder Grewal while elaborating on the law and order situation, said crime had crossed all limits. “Besides targeted killings, we have also witnessed the loot of Rs 40 lakh at gun point in a crowded area like Chaura bazaar in Ludhiana two days ago”.

SAD spokesperson Dr Daljit Singh Cheema on Monday said the cyber crime police station in Mohali was being misused to register cases across India against anyone criticising AAP convener Arvind Kejriwal. He said this was a blatant misuse of the police which should be used to enforce law and order in the state. “If this is the state of affairs, we can only imagine the plight of the common man,” he said.

Amritsar: SAD president Sukhbir Singh Badal on Monday held a meeting with Akali workers and leaders at the office of former minister Anil Joshi. On the alleged “objectionable language” used by former PCC president Sunil Jakhar against a community, Sukhbir said the Congress leader was highly ambitious and could not become a minister. As a result, he was making baseless statements.