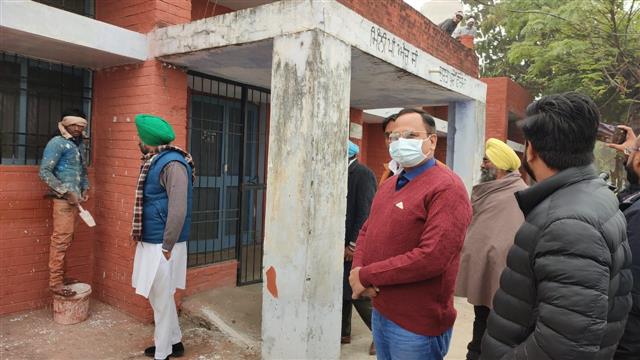 Ropar Civil Surgeon Paraminder Singh said due to a strike of health workers, there was shortage of staff at the Chamkaur Sahib hospital. So the dispensary staff was shifted to Chamkaur Sahib to run emergency services a few days ago and the renovation work had been started. — TNS

He is also facing trial in abduction case of Rubaiya Sayeed,...

His first visit to India after the 1947 Partition