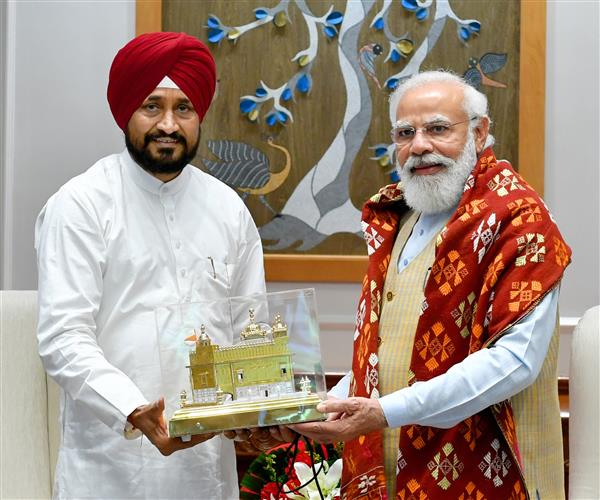 The CM was speaking during the Covid 19 review meeting the Prime Minister chaired with the states and UTs in a virtual mode today.

In the meeting, Channi, top sources said, urged the PM to expedite the commencement of pending health infrastructure projects in Punjab that could not be inaugurated on January 5 due to the lapse in PM’s security, a matter that is not before a Supreme Court appointed committee.

Sources said the CM “regretted the January 5 incident and the fact that the PM had to return without dedicating major projects to the people”. Medical colleges of Hoshiarpur and Kapurthala and a satellite centre of PGI Chandigarh in Ferozepur were to be inaugurated on January 5 when the PM returned after having to stay stranded on a flyover for 15 to 20 minutes.

The CM thanked the prime minister for the support extended by the Government during the first and the second waves of Covid 19 and the medical oxygen supply given to Punjab to address the second wave crisis.