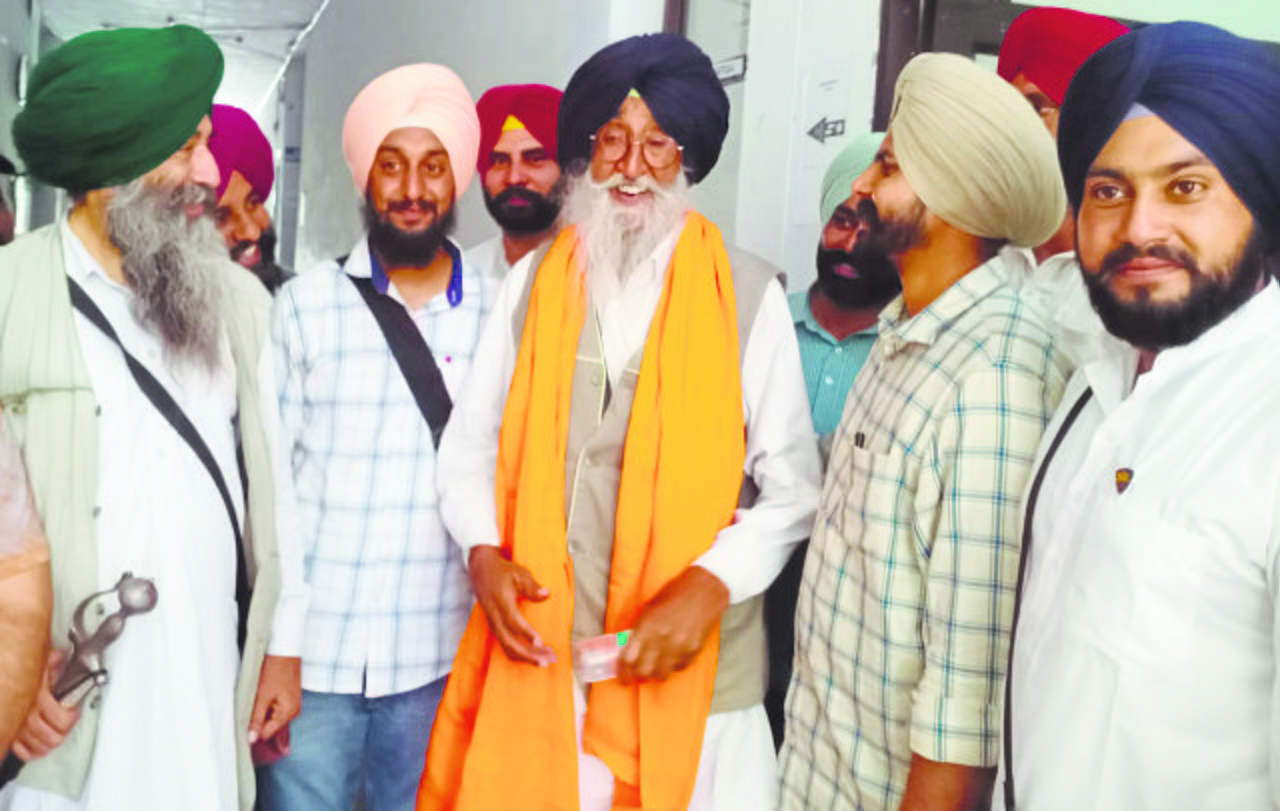 Simranjit Singh Mann with his supporters after his win. Tribune photo

In a big blow to the ruling party in Punjab just three months after it registered a resounding victory in the Assembly elections, the Aam Aadmi Party (AAP) failed to retain the Sangrur Lok Sabha seat, which Bhagwant Mann had won twice. SAD (Amritsar) president Simranjit Singh Mann defeated AAP candidate Gurmail Singh by 5,822 votes while the SAD, BJP and Congress candidates lost their security deposits.

Will work for all

I will work tirelessly for the welfare of all residents of Sangrur constituency. — Winner Simranjit Mann 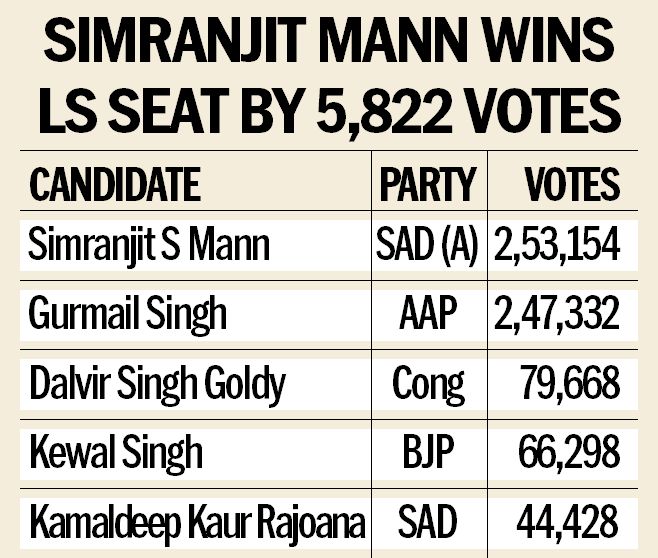 “I will work tirelessly for the welfare of all residents of Sangrur constituency,” said the newly elected MP, Simranjit Mann, 77, who had won from the same seat in 1999. The election was necessitated as former Sangrur MP Bhagwant Mann resigned after becoming the CM.

Despite intense campaigning by all senior leaders of AAP, including CM Mann, national convener Arvind Kejriwal, ministers and MLAs, the party failed to win the high-stakes battle. The distrust over fulfilling major poll promises appears to have cost the AAP dear. During the CM Mann’s roadshow amid the campaigning, many residents had lodged their protest. Voters apparently considered Simranjit a good alternative even during the initial days of campaigning. He was getting a good response from youth as he was raising the issue of the murder of Punjabi singer Sidhu Moosewala as well as the “failures” of the state government.

The SAD, which figured last, focused mainly on the release of Sikh prisoners during campaigning, the BJP gave party ticket to Kewal Dhillon, who joined the party just a day before the announcement of nomination, while the Congress failed to offer any concrete agenda. Dhillon said he accepted the verdict. “The result shows that residents have rejected the policies of the AAP government. Despite having the CM, two ministers and 6 other MLAs from the parliamentary constituency, the party has failed to retain the seat. It is the first time the BJP contested on its own, and we have got a good response,” said Dhillon.

The CM, meanwhile, tweeted: “I accept the verdict of the people. I am working honestly and diligently for the progress of Punjab and would keep doing so. I am your son and would not leave any stone unturned for a better future of your families.”