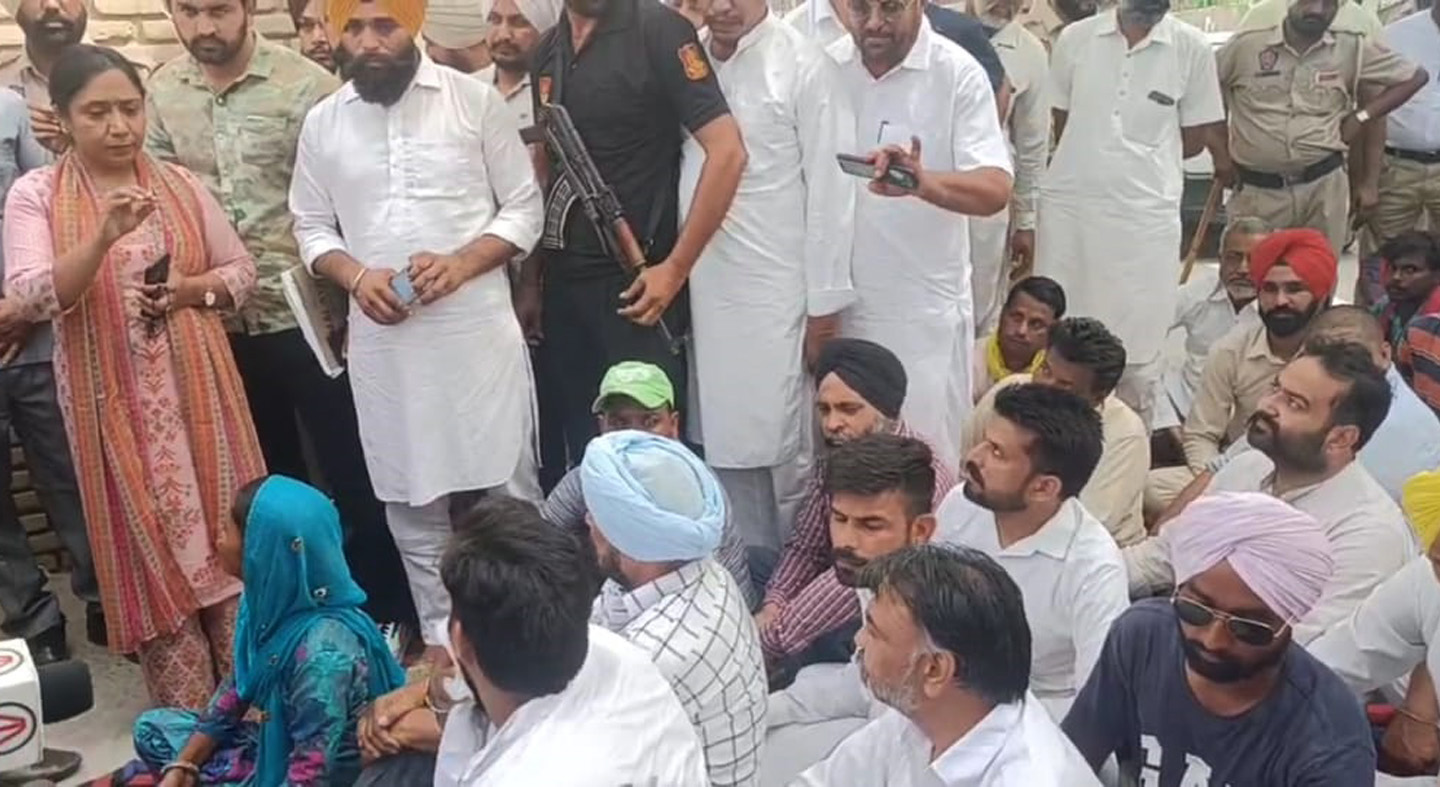 Dr Baljit Kaur’s PA neither makes us speak to her nor conveys our message. Some former Congress and SAD leaders are calling the shots. We are often told to get a token to meet the minister. Vijay Uppal Babbu, AAP Malout block President

If some people are annoyed, I will try to clear their misconception. However, I don’t think those who have come from other parties are getting more respect. — Dr Baljit Kaur, Cabinet Minister

Even when Dr Kaur appealed to them to hold talks with her inside the residence, they said the issues would be discussed publicly. Those who led the protest included AAP’s Malout block president Vijay Uppal Babbu and party’s youth wing’s district general secretary Sahil Monga.

They said, “A coterie has hijacked her (Dr Baljit Kaur). Most of these people have come from other parties, like the Congress and SAD. Some from other areas are interfering in the party’s functioning in Malout.

The personal assistant (PA) of the Cabinet Minister belongs to the Gidderbaha Assembly segment. Similarly, a youth leader, who belongs to Gidderbaha, often comes to Malout to take part in the party activities. We were fed up with the system that prevailed during the rule of the Congress and SAD in the past. However, nothing seems to have changed now. Some people are arbitrarily announcing names of presidents of various bodies.”

Meanwhile, they claimed that the cabinet minister was not even aware of the names of presidents of some municipal wards in the town. “We will not block the passage of Dr Baljit Kaur, but our protest will continue until she or some other senior leader of the party publicly holds talks over the issues with us here. We will start a community kitchen and remain present here till then,” they claimed.

Till the filing of this report, the protest was underway and the protesters had even erected a tent. On this, Dr Baljit Kaur said, “If some people are annoyed, I will try to clear their misconception. However, I don’t think those who have come from other parties are getting more respect. I have always said in the past that all those who worked for the party’s victory during the elections will be given responsibilities as per their capabilities.”

Notably, earlier, some AAP workers had lodged a protest outside the party’s Lambi MLA Gurmeet Singh Khudian’s residence at Khudian village here over the issue of truck operators’ union of Mandi Killianwali. The protest was however lifted, but the controversy still persists.