Raghav Chadha: Why no action against CM Charanjit Channi yet? 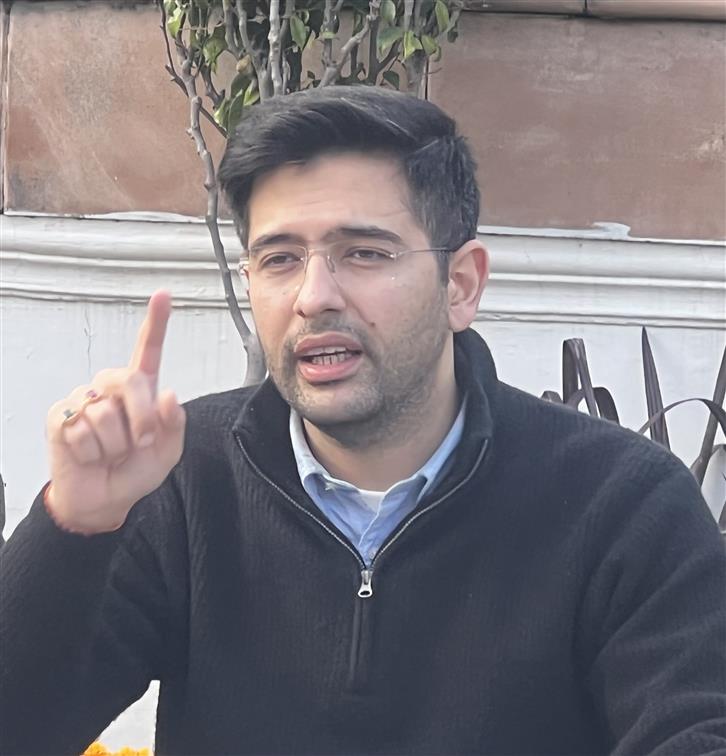 Chadha also questioned Congress president Sonia Gandhi and leader Rahul Gandhi that when former Chief Minister Capt Amarinder Singh accused Channi of running the sand mafia and filed a written complaint against him, why didn’t it take action against him?

He said instead of taking an action against Channi, the Congress leadership rewarded him and made him the Chief Minister. — TNS

When Lambi’s voters will throw the Badal family out from here, the next day the perennial problem of waterlogging in the area will also end. The SAD will not be able to win even 12 seats this time. — Amrinder Singh Raja Warring, Congress

Patiala: The police on Sunday booked AAP candidate from Patiala Rural Balbir Singh for holding a rally in violation of the prohibitory orders and Covid-19 guidelines. The police said Balbir Singh held a rally on January 18 near the Zila Parishad complex. he AAP aspirant has been booked under Section 188 of the Indian Penal Code and Section 51 of the Disaster Management Act. Meanwhile, Balbir Singh said he did not violate any order. He said, “I did not hold a rally. We are holding a door-to-door campaign as per the Election Commission’s direction.”