AAP unfazed in Punjab by EC's ban on rallies; says it has voter outreach plans in place 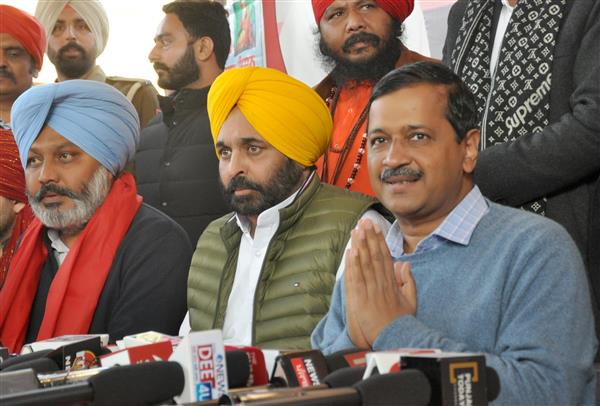 The Aam Aadmi Party(AAP) is unfazed, especially in Punjab, by the Election Commission’s diktat against holding rallies, roadshows, public meetings for campaigns till January 15 with regard to Assembly elections to the five States.

A senior AAP leader said the party was anticipating a ban on the physical mobilisation of the public, going by the experience of elections in other states, including West Bengal, a few months ago last year which was followed by a massive outbreak of the second wave of Covid-19 pandemic.

The party had already thought through its backup plans even before EC’s ban on election-related gatherings.

AAP Rajya Sabha MP Sushil Gupta, who has been assigned as one of election incharge in Punjab, on Monday said that the cadre of the party will resort to door-to-door campaigns.

“The new format of the electioneering suits the AAP just as well because its thrust has always been proximity to people and personal contacts with them,” Gupta said.

The party in Punjab, which had emerged as the main Opposition in the last Assembly elections, had started compiling contact details, including telephone numbers and mail-IDs as part of its micromanaging plans of voter outreach.

With 20/20 vision of electoral affairs in the state---riding on hindsight of parliamentary election Assembly elections forays---the party has sufficient data to carry forward its campaign in a scientific manner.

The AAP leaders will soon hold a war-room meeting to devise a strategy to give more teeth to its electoral campaign under the new format in Punjab and deploy its IT technology that became a very useful tool for the party during the Delhi assembly elections.

The AAP leaders have already declared that the party will approach Punjab’s electorates regarding the Assembly election with its “Delhi Model”.

Another AAP leader said that the party will throw its all, kitchen and sink, to emerge victorious electorally in Punjab and form a government.