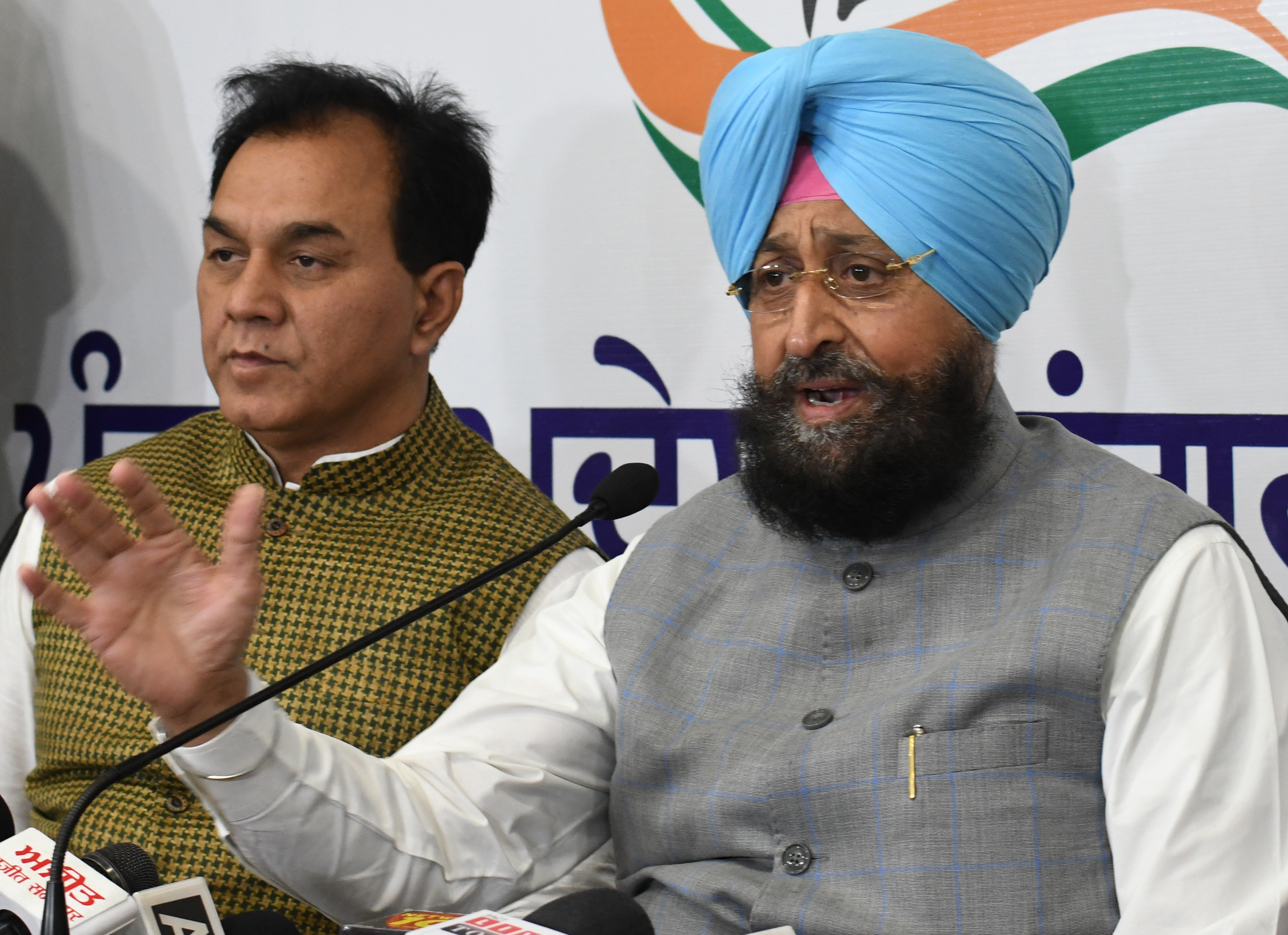 Partap Bajwa addresses the media in Chandigarh on Wednesday.

Terming Chief Minister Bhagwant Mann’s announcement to investigate the debt of Rs 3 lakh crore piled up by previous regimes and make recovery as tactics to delay implementation of the five gurantees announced by the AAP ahead of the 2022 Assembly poll, Bajwa said the AAP was taking Punjabis for a ride.

On the issue of giving 300 units of free power every month, Bajwa said he doubted the government intention as it had so far not issued the notification.

Seeking a white paper of meeting electricity demand ahead of the paddy season, he said the government must tell from where it would arrange the power as it was being brought from the central grid between

Meanwhile, speaking at Nawanshahr, PCC chief Amarinder Singh Raja Warring said, the statement of Haryana AAP incharge Sushil Gupta is actually that of party chief Arvind Kejriwal. We have already seen that Punjab CM Bhagwant Mann completely toes the line of Kejriwal and so does Gupta. The AAP, which has won Punjab by announcing guarantees, is now moving to appease Haryana. But Congress will thwart any such move to snatch the river rights of Punjab.”

On the issue of no reply furnished by ex-PPCC chief Sunil Jakhar, Warring said, “The matter is between him and the disciplinary committee. I am no one to comment on the issue.”