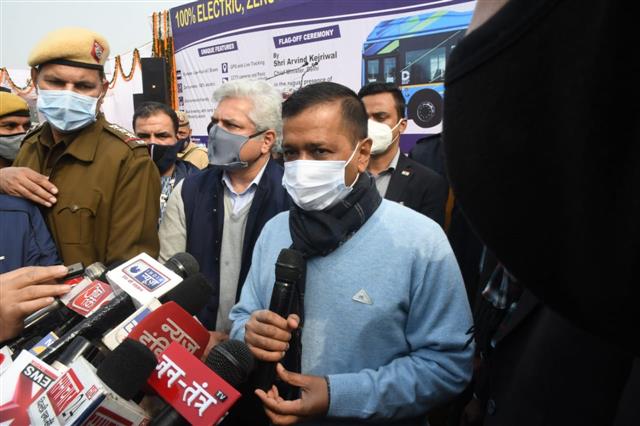 Delhi Chief Minister and A national convenor Arvind Kejriwal on Monday said that his party's chief ministerial candidate for Punjab assembly polls would be announced on Tuesday.

He had on January 13 asked the people of Punjab to suggest names of their preferred chief ministerial candidates and launched a mobile number for the purpose.

Kejriwal then said that though he had wanted party MP Bhagwant Mann's name to be declared as the chief ministerial candidate, the latter insisted that the people of Punjab should make the decision.

"The name of the party's chief ministerial candidate for Punjab assembly elections will be announced tomorrow at noon," Kejriwal told reporters on the sidelines of an event here.

The AAP national convenor in June 2021 had said that the party's chief ministerial face for the 2022 Punjab assembly polls would be from the Sikh community and that the entire Punjab would be proud of its choice.

Voting for Punjab's 117 assembly seats is scheduled for February 14 and the counting of votes will take place on March 10. PTI