MHA says websites being run to register supporters from Referendum 2020 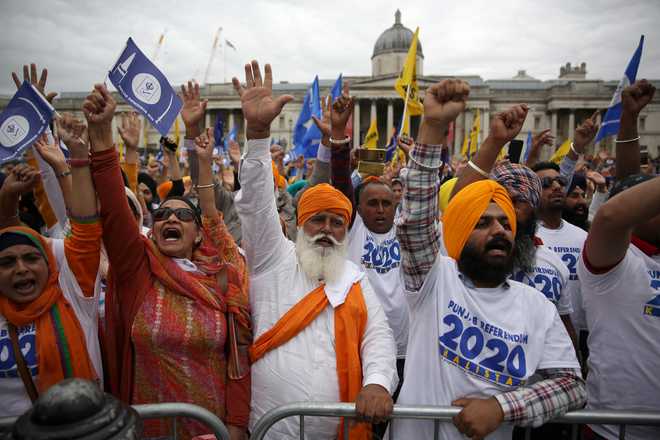 The central government said on Sunday it has blocked nearly 40 websites it said was being run and operated by the pro-Khalistan outfit Sikh For Justice (SFJ), which has been declared “unlawful organisation” under the Unlawful Activities Prevention Act 1967.

The spokesperson of the Ministry of Home Affairs (MHA) said the action has been taken following the banned outfit launched a campaign for registering supporters for its cause---referendum--- 2020.

The official said: “On the recommendation of the MHA, the Ministry of Electronics and Information Technology (MeitY) has issued the orders under section 69 A of the IT Act, 2000, for blocking 40 websites of SFJ”.

According to sources in the MeitY, the SFJ’s Facebook page has already been blocked in India. They said a notice was also served to SFJ by the ministry, which said that it had been “reported to the department that the URL http://sikhsforjustice.org contained objectionable content”.

The websites have been blocked under provision of section 69A of the IT Act, which empowers the government to block public access to any URL in the “interest of sovereignty and integrity of India”, the official said.