Accused who killed factory worker during loot bid at Ludhiana 'dies by suicide' in CIA lock-up : The Tribune India

On September 28, police had nabbed Jatinder Chhotu (29) and Paramjit (27), who had barged into the nut-bolts manufacturing factory to commit a robbery. 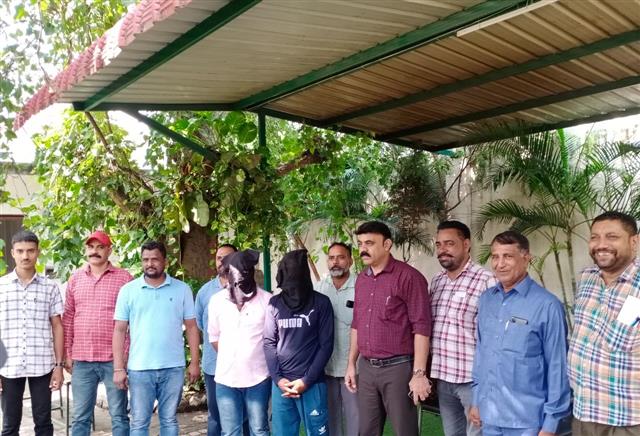 One of the two accused recently nabbed by the Ludhiana police on charges of killing a factory worker at Sahnewal allegedly died by suicide in the CIA lock-up on Saturday morning.

On September 28, police had nabbed Jatinder Chhotu (29) and Paramjit (27), who had barged into the nut-bolts manufacturing factory to commit a robbery.

The two looted a big stock of nut-bolts. While fleeing they had a confrontation with factory worker Bhawani (35) and shot him dead. Within 24 hours the police arrested both.

Sources said the accused were on police remand and they were kept in the CIA lock-up. On Saturday morning, when accused Paramjit was sleeping, accused Jatinder Chhotu allegedly hanged himself with a cloth. He was taken to the hospital where he was declared brought dead.