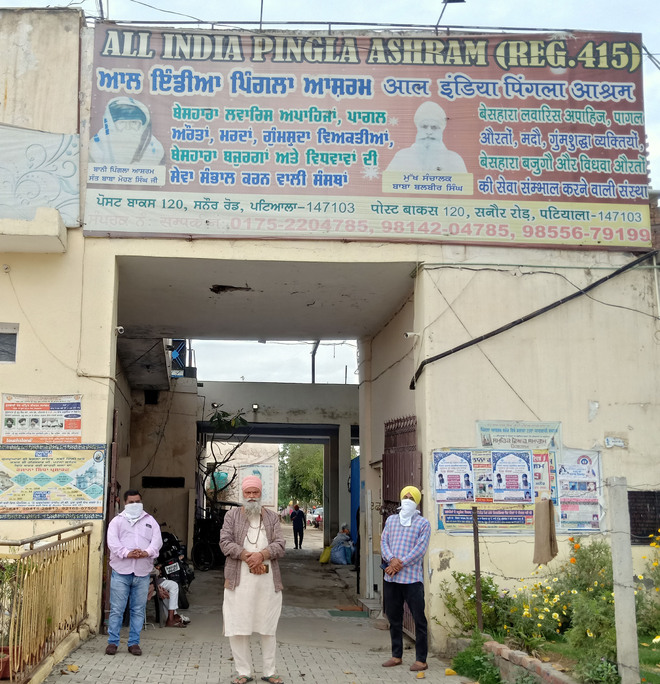 The ashram has over 225 inmates, a majority of whom are orphaned children.

A day after a report in The Tribune about stoppage of mandatory supplies to the All-India Pingla Ashram at Sanaur, local NGOs and the district administration today came to the rescue of its over 225 inmates, a majority of them orphaned children, mentally challenged and old-aged.

With the imposition of curfew, the ration and cash donations had become limited and inmates were left to fend for themselves.

In this regard, members of NGOs, including Samaj Kalyan, and Patiala SDM Charanjit Singh visited the ashram and supplied them ration and assured them regular supplies for the next month as well. “We ensured some supplies last week and will now provide regular ration, sanitisers and disinfectants for the inmates at regular intervals,” he added.

The Tribune had reported how the supply of fruits, tea with biscuits had also stopped at the ashram. The ashram also runs a school for children of poor who live in slums. It also takes care of patients who are abandoned by civil hospitals due to unavailability of attendants.

“Following the news report, I have received many calls with people assuring to help us financially. I hope the regular financial aid and ration will let the inmates live comfortably. For the past 10 days, local supplies donated by residents everyday had almost stopped and there were no cash donations,” said caretaker of the ashram, Baba Balbir Singh.

“Today, the administration and local NGOs have assured us of regular ration and vegetables for the inmates”, he said.

“Sometimes, hospitals send us patients having maggots in their wounds. We look after them too,” Baba Balbir Singh said.