After 10 km chase, 2 peddlers nabbed with 10gm heroin in Ferozepur : The Tribune India 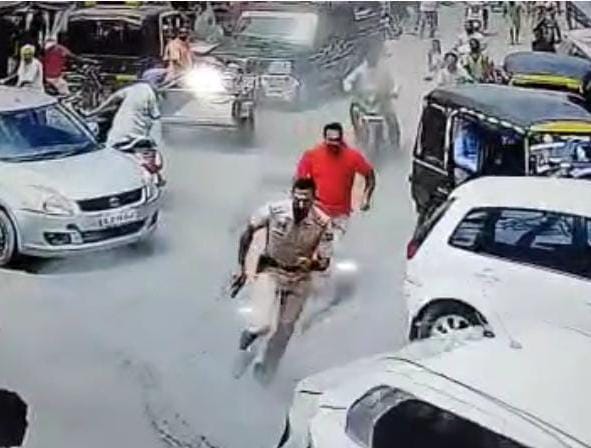 The local police have arrested two peddlers and seized 10 grams of heroin from their possession.

The accused have been identified as Rajbir Singh of Basti Kiddanwali and Man Singh of Bagdadi Gate.

The police personnel had to chase the car of the duo after they didn’t stop at a naka set up near Bansi Gate, a high-density area.

Ferozepur City SHO Inspector Mohit Dhawan said they had laid a naka near Bansi Gate ahead of the Independence Day. “We were checking vehicles on a routine basis when two youngsters in a car (PB 04 AD 8020) arrived at the spot. I signaled them to stop and come out of the vehicle. However, they accelerated the car and fled,” said Dhawan, adding that the duo almost rammed into everything coming their way.

“I got apprehensive that they might hit someone, so I opened fire at the car, but they didn’t stop,” said the Inspector. Finally, the police nabbed the accused from Arif Ke Road, which was around 10 km from Bansi Gate. During inspection of the vehicle, cops seized 10-gm heroin.