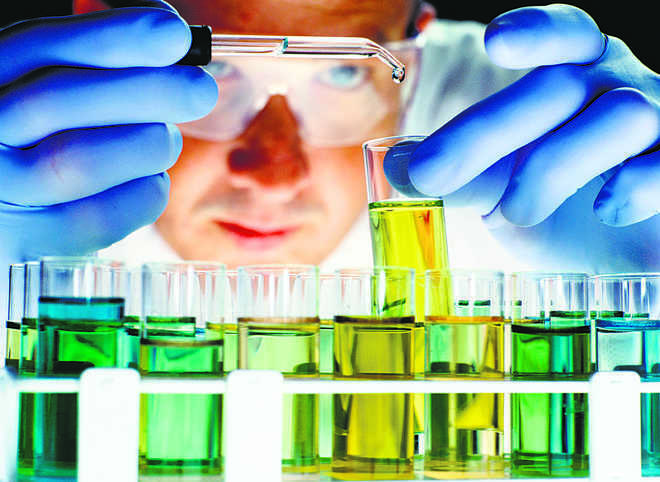 Castigated by the Punjab and Haryana High Court over two year ago for delay in the trial of drugs and liquor cases following inordinate wait for chemical examination reports of the seized samples, the Punjab Government has finally increased its testing capacity. Among other things, 10 chemical analysts have been recruited after the posts were advertised by the Punjab Public Service Commission.

An affidavit placed before Justice Arvind Singh Sangwan’s Bench added that nine more candidates, including five medical laboratory technicians, had also joined at the Chemical Examiner Laboratory, Kharar. Taking a note of the enhanced testing capabilities, Justice Sangwan expressed hope that eventual reduction in the pendency of reports would lead to quick disposal of drug cases.

“Since it is noticed that a huge number of samples are pending and on joining of 10 chemical analysts, as per the direction of the court, it is accepted that the testing capacity will increase and it will reduce the pendency of the reports and ensure quick disposal of drug cases,” Justice Sangwan asserted. For testing the veracity of the claims, Justice Sangwan at the same time kept the matter pending. It will now come up for further hearing in the second week of November for the state of Punjab to file a fresh status report “showing the actual increase in testing capacity”.

The improvement in the sample testing capacity assumes significance as a year’s wait for the report in some cases is not uncommon. “It is a matter of fact that the trials before the courts, either under the Narcotic Drugs and Psychotropic Substances Act or the Excise Act, are delayed on account of the long wait for forensic science laboratory (FSL) reports. In some cases, it takes about a year to receive the report from the FSL,” Justice Sangwan had asserted.

A challan or the final investigation report submitted without the forensic report is not accepted as complete chargesheet in drugs and some other cases. As a result, an accused can seek default bail in the absence of timelysubmission of challan. The High Court had stepped in after finding that the state was also skipping “qualitative tests” to find whether liquor was unfit for consumption. Justice Sangwan had made it clear that the police/excise department was duty-bound to get both quantitative and qualitative tests conducted.

Qualitative tests are performed by laboratories through systematic analysis to identify the contents of the liquor samples for determining whether it is spurious or unfit for consumption.