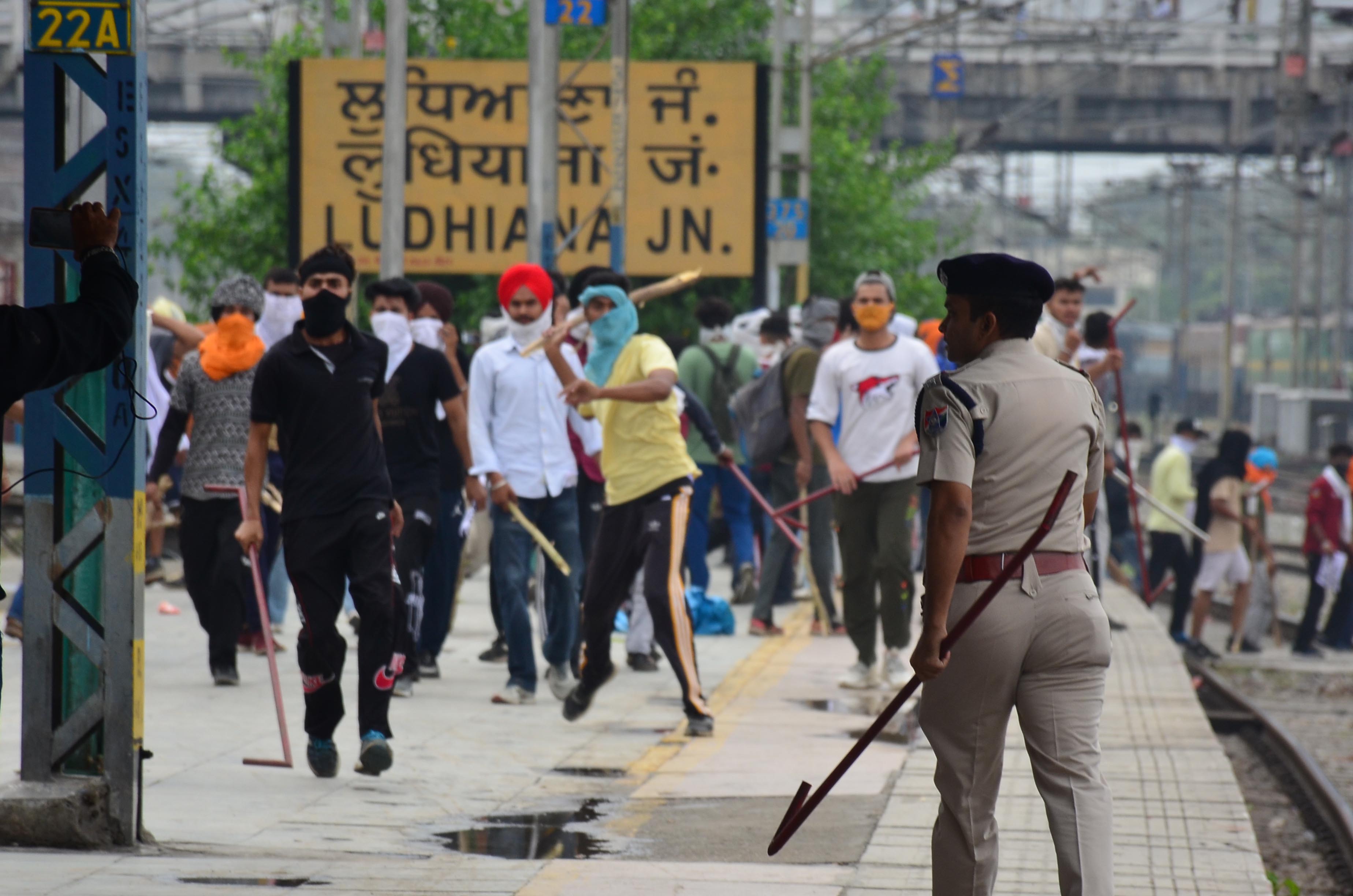 Youths were protesting peacefully at Bharat Nagar Chowk. But when they started marching towards Dugra Mata Temple, some miscreants incited them after which they damaged a PCR and vandalised the railway station. RS Brar, Joint Commissioner of Police

After the incident, Police Commissioner Kaustubh Sharma and senior officers of the Government Railway Police reached the spot.

“We appeared in the physical fitness exam for the Army recruitment under the unit headquarter quota for the Sikh Regimental Centre in Ramgarh Cantonment in 2020, but our written test has been postponed. Now with the Agnipath scheme, we may not be considered for the written exam,” said a protester during police questioning.

Initially, protesters, carrying placards demanding the pending Common Entrance Exam and against the Agnipath scheme, protested at Bharat Nagar Chowk. Later, they marched towards Durga Mata Temple Chowk where they damaged a PCR vehicle. Soon, an alert was already sounded but a few cops present at a naka could not stop the protesters, who then entered the railway station.

Notably, the police also impounded a Scorpio belonging to a farm leader on the suspicion that the protesters had been transported to the railway station in that vehicle. Eight youths have been detained so far.

Joint Commissioner of Police RS Brar said: “We will nab the miscreants who incited violence. Protesters were aged around 21-25 years.”

Meanwhile, residents trolled the police on social media. One of the posts read: “When protesters damaged the PCR vehicle at Durga Mata Temple Chowk, the police had ample time to control the situation. However, the protesters still marched towards the Jagraon Bridge, where they damaged the barricading in the presence of cops and then headed to the railway station and vandalised it. It’s a clear failure of the police.”

However, no case was registered till filing of the report.

Security up at other railway stations

Bathinda: Following the violent protest in Ludhiana, security has been beefed up at Bathinda, Mansa, Maur, Rampura Phul and other railway stations as a preventive measure. Senior officials have been monitoring the situation since Saturday morning. Besides Railway Protection Force, the local police and the GRP have been deployed to prevent any untoward incident. TNS