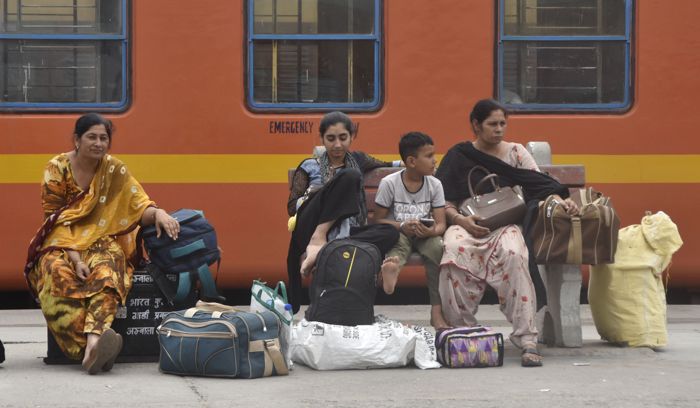 The rail traffic in the region has become the first casualty of the countrywide agitation against the Centre’s Agnipath scheme with as many as 19 trains being cancelled during the past 48 hours.

Many long-route trains — terminating at or passing through Uttar Pradesh and Bihar, were cancelled by the Northern Railway authorities. Moreover, many more trains originating from West Bengal, UP and Bihar were also either cancelled or short-terminated.

We have arrested six persons in Ludhiana. Teams are conducting raids to nab the remaining accused. Won’t spare those who damaged the Railways’ property. Probe is on to identify the conspirators behind the violence. —MF Farooqui, ADGP (Railways)

With the cancellation of several long-route trains, there was mad rush of passengers at the local railway station. Passengers especially those with confirmed tickets for UP and Bihar-bound trains for Saturday and Sunday were harried.

Railway officials manning enquiry and ticket-refund counters also found it tough to cope with the heavy rush. To make the matters worse, even senior railway officials had no clue about the restoration of trains cancelled or suspended due to the agitation. At the same time, alternate trains were also not available for these passengers to travel in general (unreserved) class.