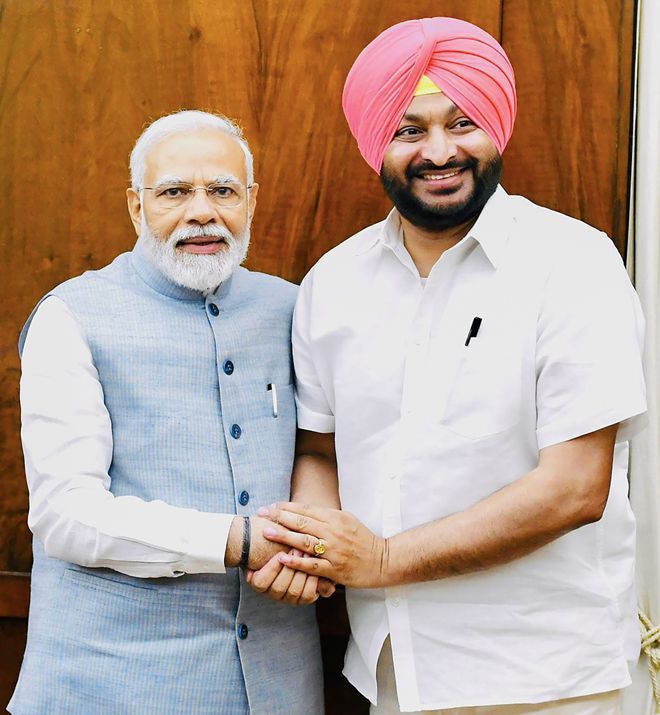 With different pressure groups within the Punjab Congress becoming active ahead of the announcement of the new Pradesh Congress Committee (PCC) chief, party president Sonia Gandhi will meet party MPs from Punjab on the sidelines of an all-party meeting of MPs on Tuesday.

Sources say the names of Ravneet Bittu, Sukhjinder Randhawa and Amarinder Raja Warring are doing the rounds for the post. On the other hand, Bittu’s meeting with Prime Minister Narendra Modi has caught the attention of his detractors.

A senior party leader said the decision on the PCC chief was expected this week. For the past few days, former PCC chief Navjot Singh Sidhu has been holding meetings with party leaders. He has also been raising the issue of attacks on Congress workers.

On Monday, Sidhu visited the family of Mangat Ram, a party worker who was murdered in Ludhiana recently. He was accompanied with party leaders Surinder Dawar and Rakesh Pandey. A former MLA from Bhoa, Joginder Bhoa, also met Sidhu.

Meanwhile, on the issue of Chanidgarh, former PCC chief Sunil Jakhar tweeted: “The camaraderie, the brotherhood between people of Punjab and Haryana, reinforced at Singhu/Tikri borders, will be the 1st casualty of rising tempers & acrimony over the ‘lost cause’ of Chandigarh, as Haryana too convenes a special session, to give a ‘befitting reply’ to Punjab.”

New Delhi: Political circles were abuzz with speculation over potential future moves of Congress’ Ludhiana MP Ravneet Singh Bittu, who met PM Narendra Modi on Monday. Bittu, grandson of former CM Beant Singh, tweeted pictures of his meeting with the PM, with caption: “Today met Honourable PM Narendra Modi and discussed issues of Punjab.” A section of party leaders wondered if the meeting was a precursor to a possible shift of sides. TNS