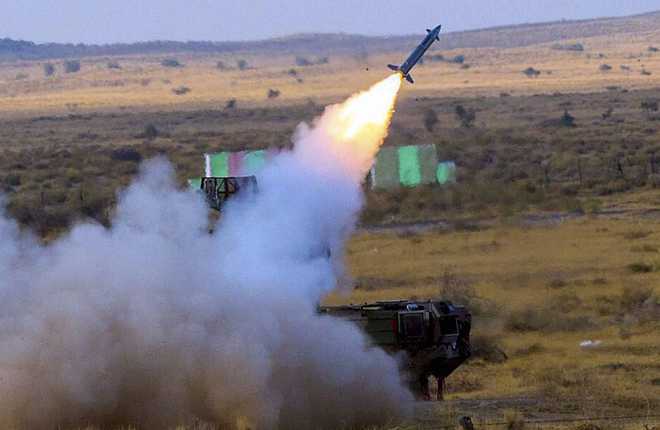 The Indian Air Force (IAF) will test-fire live ammunition at Bhisiana base on October 17 and 18 in the district.

The villagers of nearby villages have been told to be vigilant and not to create panic.

The Bhisiana Air Force station security section has also written a letter to the Bathinda Deputy Commissioner stating that a test-fire of a bomb was planned here on October 17 and 18.

During the test fire, a massive sound of the explosion is expected with a remote chance of the remains of splinters falling. Virk Kalan village, which is very close to the Air Force station, will be the most affected by the sound.

In the letter, they have further stated that in view of this, it is requested that an awareness message may be passed to the villagers to be vigilant and not to create panic. All village heads would be informed of the exact time of the explosion.

Bathinda Deputy Commissioner B Srinivasan said: “Bomb testing to be done at Bhisiana Air Force station and as a precautionary measure, the BDPO has been instructed to aware villagers not to panic. There is no need to worry as only the sound of the explosion will be heard.”