BJP warms up to Jathedar by offering security 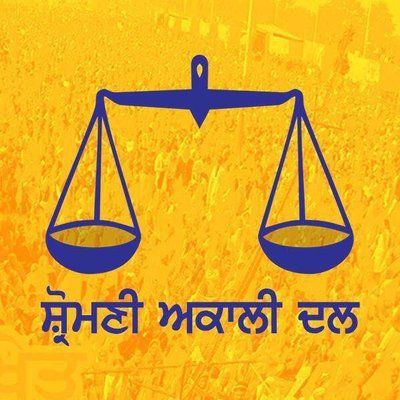 The Shiromani Akali Dal (SAD) continues to hold back the announcement of its candidate for the Sangrur Lok Sabha byelection in the hope of putting up a common candidate with other Panthic parties or groups even as officiating Akal Takht Jathedar Giani Harpreet Singh is becoming a rallying point for different parties, including the BJP.

The BJP offered him security today days after the Bhagwant Mann government pruned the religious leader’s security by half. Giani Harpreet has remained a bridge between the BJP and Akalis even after both severed ties over the farm laws. He has held meetings with Union leaders wherein he has reportedly advocated partnership between the Akalis and BJP for unity and communal brotherhood.

The Akalis, too, have laid much emphasis on Jathedar’s position when they welcomed the message given by him to all Panthic factions to unite and field a common candidate from the families of ‘Bandi Singhs’ (Sikh prisoners) for the Sangrur bypoll.

The SAD core committee, which met here under the leadership of party president Sukhbir Singh Badal, while welcoming Jathedar’s statement, said the party was still striving for Panthic unity. The core committee also appealed to all Panthic bodies to heed the appeal of Jathedar to field a common candidate for the bypoll.

The BJP, though suffering a big rout in the recent Assembly elections, has been periodically meeting Sikh leaders from different sections of society. The Sikh religious leadership had a topsy-turvy relationship with the Centre for several decades.

Earlier, after his security was pruned by the Punjab Government, Jathedar had said people were his real security. The state government had restored his cover later, but he declined the offer.