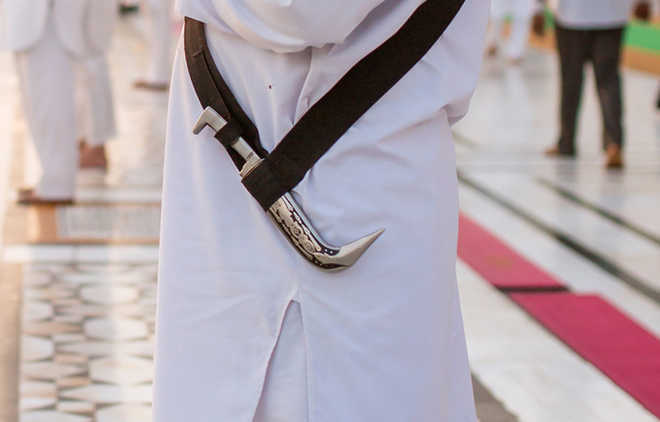 The National Commission for Minorities (NCM) has urged the civil aviation ministry to treat international flights as domestic ones after they land in the country and proceed to another destination in terms of allowing Sikh passengers travelling domestically to carry 'kirpan'.

Explaining the problem being faced by some Sikh travellers, NCM chief Iqbal Singh Lalpura told PTI that when an international flight lands in Delhi and it has to proceed to Amritsar, those boarding here are not allowed to carry the 'kirpan' as international flight rules apply.

He said once the flight has landed in Delhi or any other airport in the country, it should be treated as a domestic flight in terms of those boarding it to go to another destination within the country and allow that person to carry the 'kirpan' as it is allowed on domestic flights.

In a letter to Civil Aviation Minister Jyotiraditya Scindia dated May 23, Lalpura appealed to the minister to do away with what he called was a "discriminatory rule".

In another letter to Railways Minister Ashwini Vaishnaw, Lalpura said the Commission received a petition from one Jaswinder Kaur and a few others regarding a request for one-minute halt of trains passing through Kiratpur Sahib in Punjab's Ropar district.

He said the mortal remains of Sikhs after cremation are immersed in the Sutlej at Kiratpur Sahib. The place is sacred to the Sikhs, Lalpura said, requesting the halt of trains passing through Kiratpur Sahib.