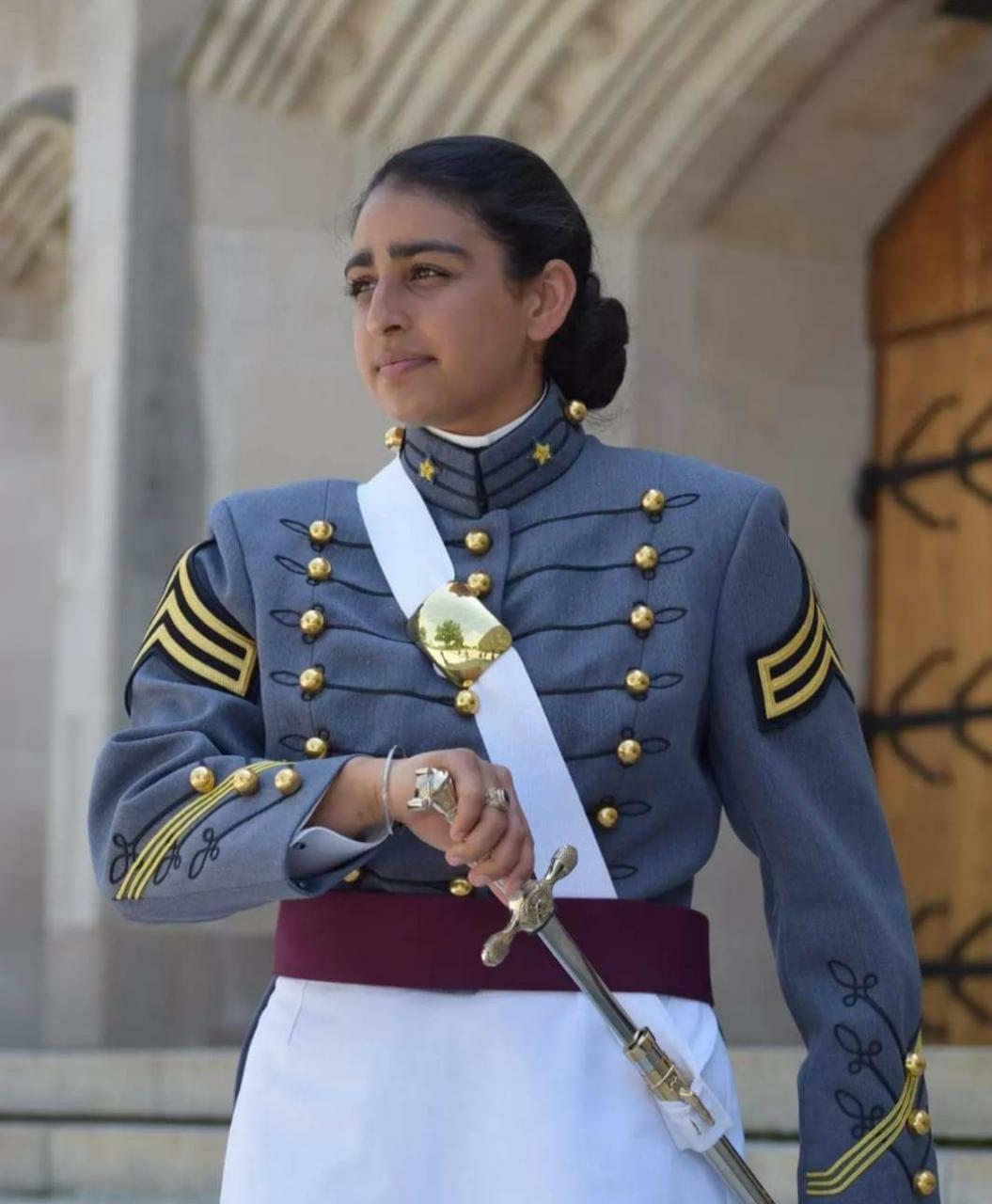 Anmol Narang has made history by becoming the first observant Sikh to graduate from the prestigious United States Military Academy at West Point, and the Second Lieutenant is hopeful that her efforts to represent her religion and community will encourage Americans to learn more about Sikhism.

US President Donald Trump on Saturday addressed the 1,107 graduates, including 23-year-old Narang, who gathered for the academy's annual commencement.

"It's an incredible feeling. It's a humbling experience, I have never worked harder for anything in my life. Being a Sikh woman is a very important part of my identity and if my experience can play a small role in being an inspiration for others, regardless of career field, that will be wonderful," Narang told CNN.

A second-generation immigrant born and raised in Roswell, Georgia, Narang had an early appreciation for military service due to her maternal grandfather's career in the Indian Army.

After she developed an interest in military service during high school, she began the process to apply for the West Point after her family visited Pearl Harbor National Memorial in Honolulu, Hawaii.

At the Saturday's ceremony, the graduates socially distanced 6 feet from one another across the Plain Parade Field to accommodate COVID-19 public health requirements instead of congregating at Michie Stadium, the ceremony's traditional location. Family and friends were not allowed to attend the ceremony but could watch it online, the report said.

"This premier military academy produces only the best of the best—the strongest of the strong—and the bravest of the brave. West Point is a universal symbol of American gallantry, loyalty, devotion, discipline, and skill," Trump said in his address.

"To the 1,107 who today become the newest officers in the most exceptional Army ever to take the field of battle, I am here to offer America's salute. Thank you for answering your nation's call," he said.

She hopes that her efforts to represent her religion and community will encourage Americans to learn more about the Sikh faith, the fifth largest religion in the world, the report said.

In 1987, the US Congress passed a law that prohibited Sikhs and several other religious communities from maintaining their articles of faith while in the military, despite a history of diverse service and simple accommodations.

The Sikh Coalition said that for 30 years, the visible Sikh articles of faith—including unshorn facial hair and turbans—were banned, despite being core tenets of the faith.

In response, for more than 10 years, the Sikh Coalition has led a campaign, in partnership with other Sikh and civil rights organisations, litigation partners, and like-minded advocates, to ensure equality of opportunity for Sikhs Americans in the US Armed Forces.

"I am immensely proud of (Second Lieutenant) Narang for seeing her goal through and, in doing so, breaking a barrier for any Sikh American who wishes to serve," said  Simratpal Singh, US Army Captain and a family friend of Narang.

"The broader acceptance of Sikh service members among all of the service branches, as well as in top tier leadership spaces like West Point, will continue to benefit not just the rights of religious minority individuals, but the strength and diversity of the US military," Singh said in a statement.

Singh's 2016 suit over his own right to maintain his articles of faith in uniform spurred a critical change in the Army's accommodations policy in 2017, which streamlined the accommodations process for Sikh soldiers and ensured that accommodations would stay with them throughout their career.

In 2020, after granting a series of individual accommodations to Sikh airmen throughout the year prior, the US Air Force implemented a similarly updated policy.

Since the Army and the Air Force changed their policies, at least 60 observant Sikhs are serving in those two branches of the military. The work continues to ensure equality of opportunity for Sikhs in the US Navy, Marine Corps, and Coast Guard, a media release said on Saturday.

There have been several attacks on Sikhs in America. Two Sikh Americans were killed in two separate incidents in one week in California in July 2017.

In March 2017, a 39-year-old Sikh man was shot in the arm outside his home in Kent, Washington, by a partially-masked gunman who shouted "go back to your own country".

In 2015, an elderly Sikh-American man was brutally assaulted and left with severe facial injuries by an assailant who yelled racial slurs like "terrorist" and "Bin Laden", in an apparent hate crime just before the US commemorated the anniversary of the 9/11 attacks.

According to a 2009 Sikh Coalition report, 41 per cent of Sikhs surveyed in New York City had been called derogatory names, such as "Osama bin Laden" or "terrorist". PTI