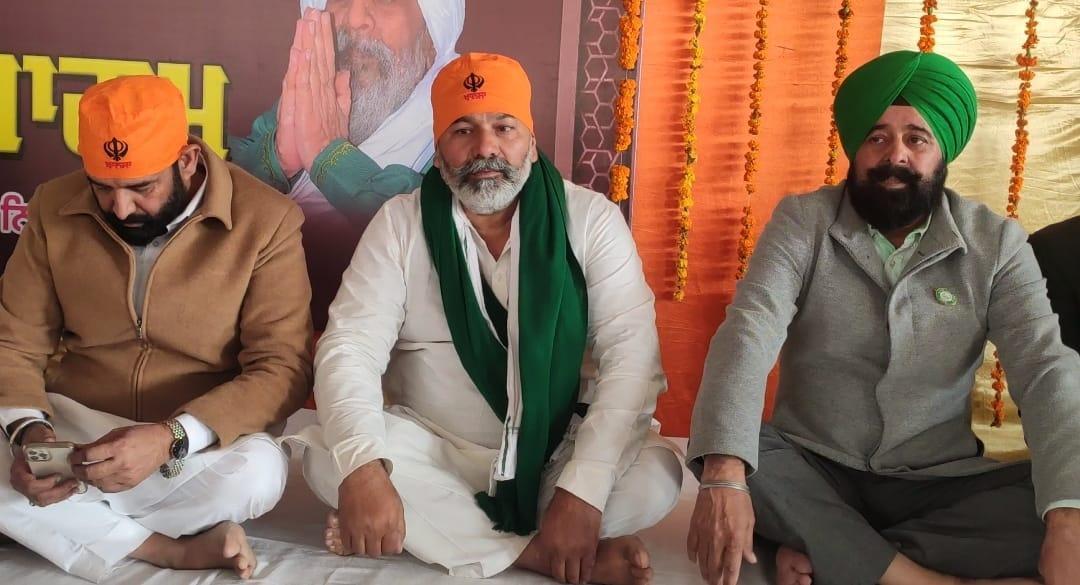 Should they (farmer groups) win polls, their membership of non-political SKM will automatically cease and if they lose, they stand weakened. Rakesh Tikait, SKM leader

Interacting with mediapersons at Dera Hansali here, Tikait said the PM should make a beginning from the agricultural state of Punjab not just as a goodwill gesture, but also to ameliorate the plight of distressed farmers facing heavy debt.

Tikait, accompanied by BKU (Lakhowal) president Harinder Singh Lakhowal and supporters, was here to pay obeisance over the farmers’ victory.

Replying to a query, he said no progress had been made so far on the decision reached between the government and SKM on the formation of an MSP committee. He made it clear those farmer leaders who would contest the elections would not be part of that committee. The PM should implement the decisions at the earliest.

He urged the PM to release all those prisoners who had completed their jail term, but were still languishing in jails.

Asked whether the SKM would protest against the PM’s visit to Punjab, he said it would be symbolic to draw his attention to the demands of farmers.

On whether or not those farmer groups who had decided to contest the elections would remain part of the SKM, Tikait said the decision would be taken at a meeting. “Should they (farmer groups) win the elections, their membership of our non-political morcha will automatically cease and if they lose, they stand weakened,” he added.