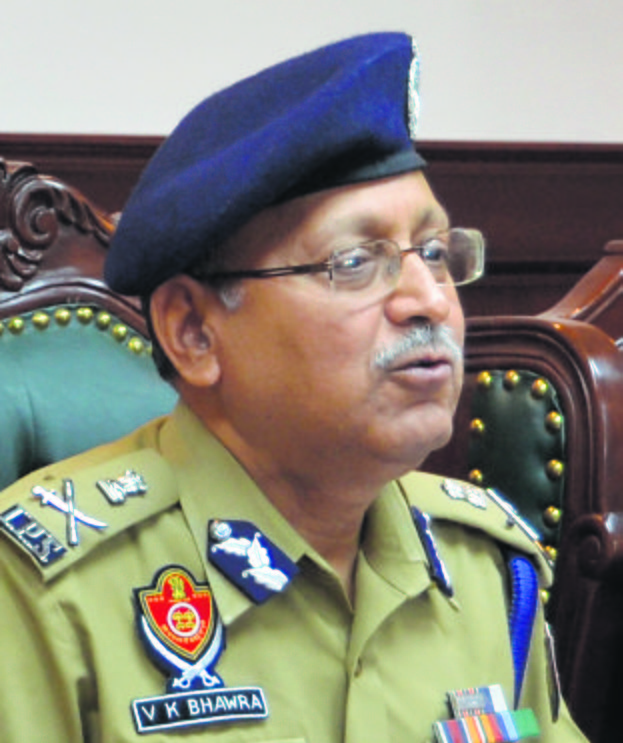 The state government today approved the two-month leave for DGP VK Bhawra from July 5 onwards. This paves the way for appointment of new Director General of Police of the Aam Aadmi Party’s own choice, but it’s going to be an uphill task.

The incumbent DGP (head of the state force) was posted during the Congress government by former Chief Minister Charanjit Singh Channi. He was not in favour of other two candidates — Dinkar Gupta and Prabodh Kumar — shortlisted along with Bhawra by the Union Public Service Commission.

DGP Harpreet Singh Sidhu, who has been heading the Prisons Department, besides the anti-drug Special Task Force and DGP Gaurav Yadav, who was hand-picked by Chief Minister Bhagwant Mann as his Special Principal Secretary, have emerged as front runners for the post.

However, the state government would face a tough challenge to post any of the two officers as the head of the state police for a full two-year term.

The state can appoint an officiating DGP for a maximum of six months by giving charge to a DGP-rank official. Within this period, the state government needs to send a panel of eligible officers to the UPSC, which would short-list three officers on the basis of seniority and merit. Later, the state decides on any one of them.

The previous government had sent names of around 10 officers. Yadav and Sidhu belong to the 1992 batch of the IPS officers. Their batchmate DGP Sharad Satya Chauhan has been listed as a senior to them in the IPS cadre seniority list. Chauhan is followed by Sidhu, Yadav and DGP Kuldeep Singh.

Chauhan, Sidhu and Yadav had competed for the post of SSP, Chandigarh, in 2002 as well. It was Yadav, who had bagged the post.

The government would hope that the officers on the Central deputation would not show interest in the Punjab DGP post, but that would still leave DGPs Sanjeev Kalra, Prabodh Kumar and Sharad Satya Chauhan above the top two choices of the AAP.