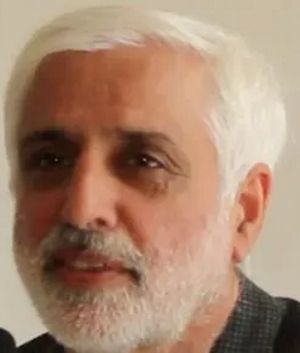 When senior advocate Rajwinder Singh Bains was appointed special public prosecutor for the politically sensitive sacrilege matters, one of the factors that weighed with the Punjab government was his appearance for the main complainant in a related “police” firing case. This very factor has now generated a legal debate primarily on the premise that a lawyer for the complainant legally cannot be appointed as a prosecutor in the same case.

Bains was chosen for the special PP’s post following a political storm over senior advocate APS Deol’s appointment as the Advocate-General for the State of Punjab.

Navjot Singh Sidhu, who had abruptly resigned as Punjab Congress chief, had, among other things, cited Deol’s appointment for stepping down from the post on September 28.

His objection was that the senior advocate was the counsel for former top-cop Sumedh Singh Saini and IG Paramraj Singh Umaranangal — both accused in the Behbal Kalan police firing case.

Deol’s appointment was also objected to on the ground of conflict of interest as he, being Saini and Umaranangal’s counsel, would neither be able to appear nor advise the State in their cases and related matters.

Bains, on the other hand, was counsel for the main complainant Ajit Singh in the Kotkapura firing cases and had represented the complainant when the investigation in the matter was quashed by the High Court.

Available information suggests the decision to appoint Bains may, however, be not legally sound and the prosecution conducted by him could be a subject matter of challenge on the ground of being vitiated in law. The accused could seek the setting aside of the entire trial at any stage on this technical ground.

There are, in fact, a plethora of judgments on the subject, starting from 1924 verdict in Anant Chanderkar’s case right up to 2002 in Rekha Murarka’s case, where the Supreme Court struck down the appointment of public prosecutors, who were in some manner either connected to the filing of the criminal case, had taken a public position in the matter or where the counsel for the victim had been given a role in the prosecution of the matter.

In any case, the sole aim of the public prosecutor is not to seek a conviction, even though he is appointed by the State. His role has been interpreted by the Courts as an “officer of the Court” and “minister of justice” required to place before the Court all evidence in his possession, whether it is in favour of, or against, the accused.

He is not to single-mindedly seek conviction regardless of the evidence — tough thing for counsel for a complainant to do.