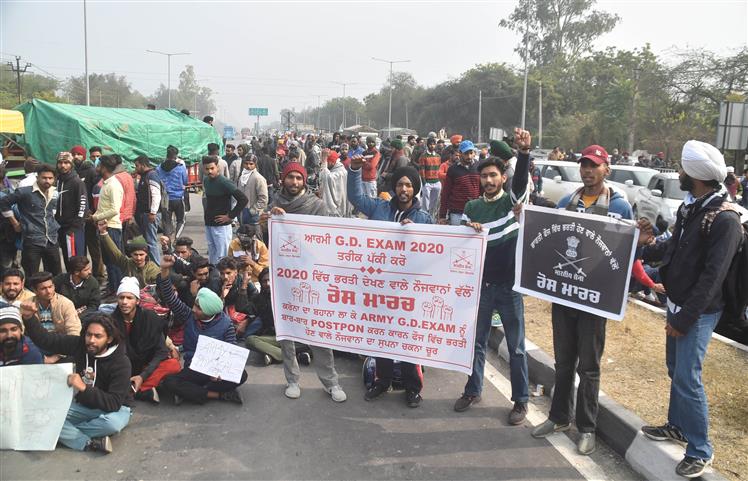 Mang Pal, an aspirant from Ludhiana, said, “I had participated in Army recruitment in 2020. Many aspirants had cleared the fitness test. We were told that written exam would be conducted soon. Now, citing Covid-19, the exam has been postponed.” He said, “Exams for recruitment in the Police Department and other sectors have been conducted. Thus, we decided to hold a protest here outside the Army cantonment in Bathinda.”