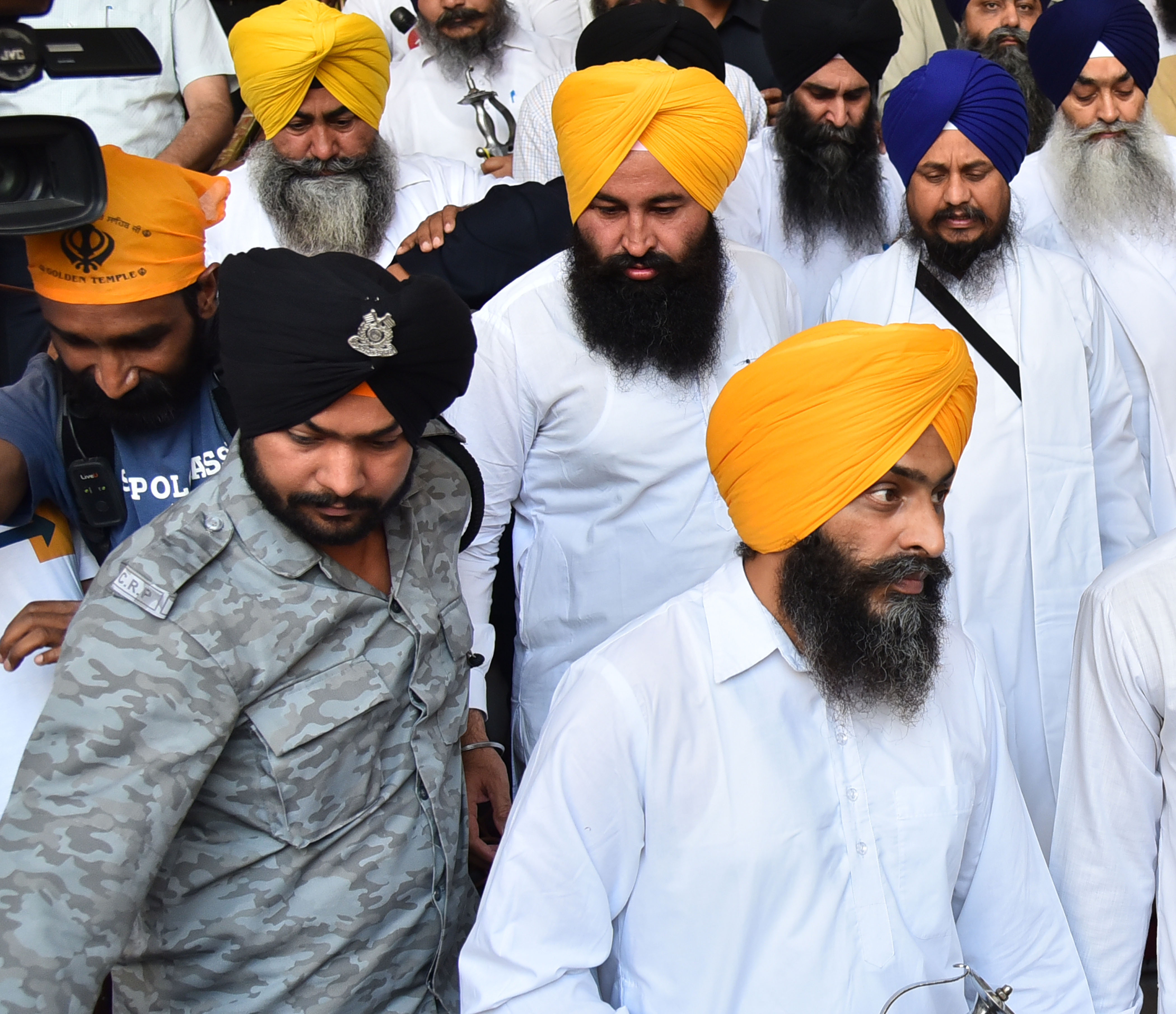 Akal Takht officiating Jathedar Giani Harpreet Singh, who had refused government security, has now given his consent to have the Centre-sponsored security cover, but with a condition.

The Jathedar has agreed to have only ‘Sikh’ security personnel with him because it will be easy for them to understand the religious code of conduct. Six ‘Sikh’ security guards from the CRPF have been deputed. The SGPC task force, attached with the Jathedar, will continue to escort him. The Centre had decided to give the ‘Z’ grade security cover to the Jathedar consisting of over 20 paramilitary jawans. He had declined to accept it, saying that it would hinder his duty as a Jathedar of the Akal Takht as the security would prevent him from mingling with devotees. Despite his refusal, the Centre has deputed six CRPF security guards with him.

It is learnt that once the full brigade will join the Jathedar’s security cover, some will be deputed at his residence and office at Talwandi Sabo, some outside the Akal Takht Secretariat in Amritsar and rest will escort him during his programmes outside in a separate vehicle.

Talking to The Tribune, the Jathedar said these CRPF jawans had been with him now. “They have their own vehicle who follow me during my programmes,” he said, while saying that he had no inkling of the number of guards deputed by the Centre.

Akal Takht Secretariat staff said the security guards had been directed neither to enter any gurdwara nor the Jathedar’s office. “They have also been told not to interrupt the visitors until they observe any suspicious element, which too will have to be clarified from the office before taking any decision,” they said.

Security to be beefed up

More guards will be deputed at the Jathedar's residence and office at Talwandi Sabo, some outside the Akal Takht Secretariat in Amritsar and rest will escort him during his programmes outside in a separate vehicle.