ASHA workers to go on strike from July 20 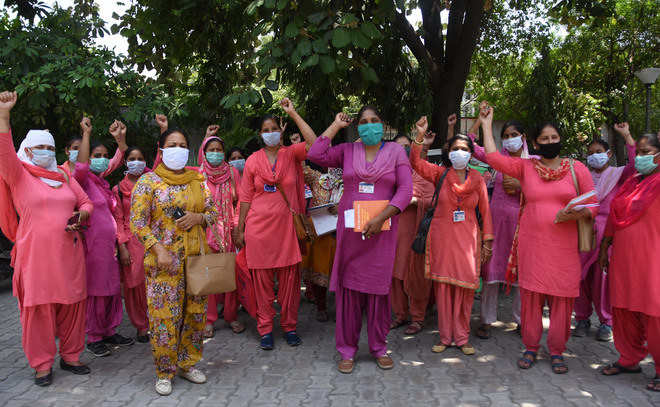 In the wake of Union Government and state government’s decision to discontinue Covid-related financial incentives to ASHA workers from this month onwards, as many as 18,000 ASHA workers across the state have claimed that they are being pushed into financial distress and debt.

The workers have planned to go on an indefinite strike from July 20. The protest will hamper the tracing and tracking of positive patients.

To check the spread of the virus, the Union Government was paying Rs 1,000 per month to every worker since January, while the Punjab Government was chipping in an additional Rs 1,500. This was in addition to the fixed monthly honorarium of Rs 2,000. — TNS