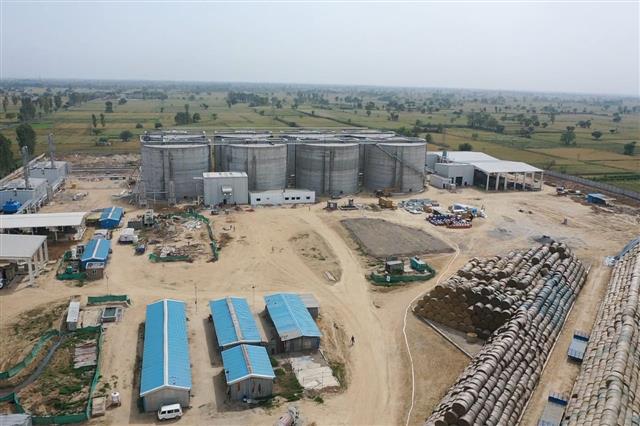 The plant has been commissioned at Bhuttal Kalan village.

In a step towards clean and green energy, Asia’s largest compressed biogas (CBG) plant has been commissioned in Sangrur district.

Based on paddy straw

Minister for New and Renewable Energy Sources Aman Arora said the plant with a total capacity of 33.23 tonnes CBG per day had been commissioned at Bhuttal Kalan village and was supplying the same to Indian Oil Corporation Ltd.

Besides, the Punjab Energy Development Agency (PEDA) has also allocated 42 additional CBG projects (total capacity 492.58 tonnes per day) based on paddy straw and other agro-residue to prevent stubble burning and strengthening the rural economy.

The Cabinet Minister said these projects would attract investments to the tune of around Rs 1,200 crore, besides generating employment opportunities for 8,000 skilled/unskilled persons.

Sumeet Jarangal, Chief Executive, PEDA, said two more plants of 14.25 tonnes CBG per day would be completed in 2022-23. Remaining projects would be commissioned within next three years, he said, adding that all these projects would consume around 16.5 lakh tonnes of paddy straw annually to produce 492.58 tonnes CBG daily.

Besides, Hindustan Petroleum Corporation Ltd was also setting up a project of 100 KL 2G ethanol per day based on paddy straw in Bathinda district, which would be completed by February 2023.