The Aam Aadmi Party government today presented its interim Budget of Rs 37,120. 23 crore. The money is required by the government as routine expenditure for the first three months of 2022-23.

The vote on account for three months was presented by the newly appointed Finance Minister Harpal Singh Cheema. A glance at the vote on account reveals the expenditure to be incurred on payment of interest — Rs 4,788.20 crore — is amongst the biggest chunk of finances to be taken away from the state’s limited income. The internal debt of the state during this period is pegged at Rs 5,442.64 crore. 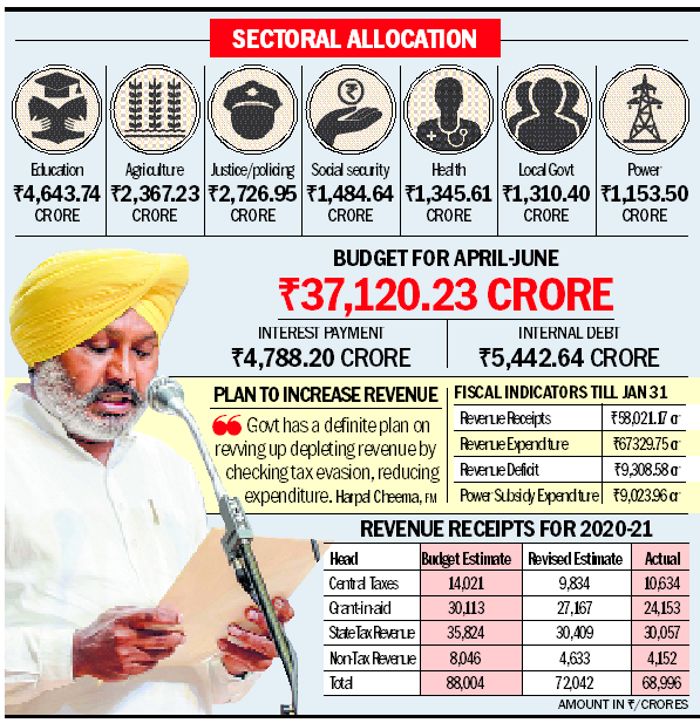 The state’s outstanding debt at the end of the fiscal is expected to zoom to Rs 2.82 lakh crore and till January, the state has incurred Rs 11,507.39 crore only on paying interest for its borrowings.

Talking to The Tribune, Cheema said their government had a definite plan on revving up the state’s depleting revenue, by checking tax evasion, reducing expenditure and exploring other means of increasing revenue. “I have just assumed charge. By the time we present our budget in the next three months, we will be ready to incorporate all guarantees and promises in it,” he said.