At over Rs 10,000 per quintal, fresh cotton price way above MSP in Muktsar district : The Tribune India

At over Rs 10,000 per quintal, fresh cotton price way above MSP in Muktsar district 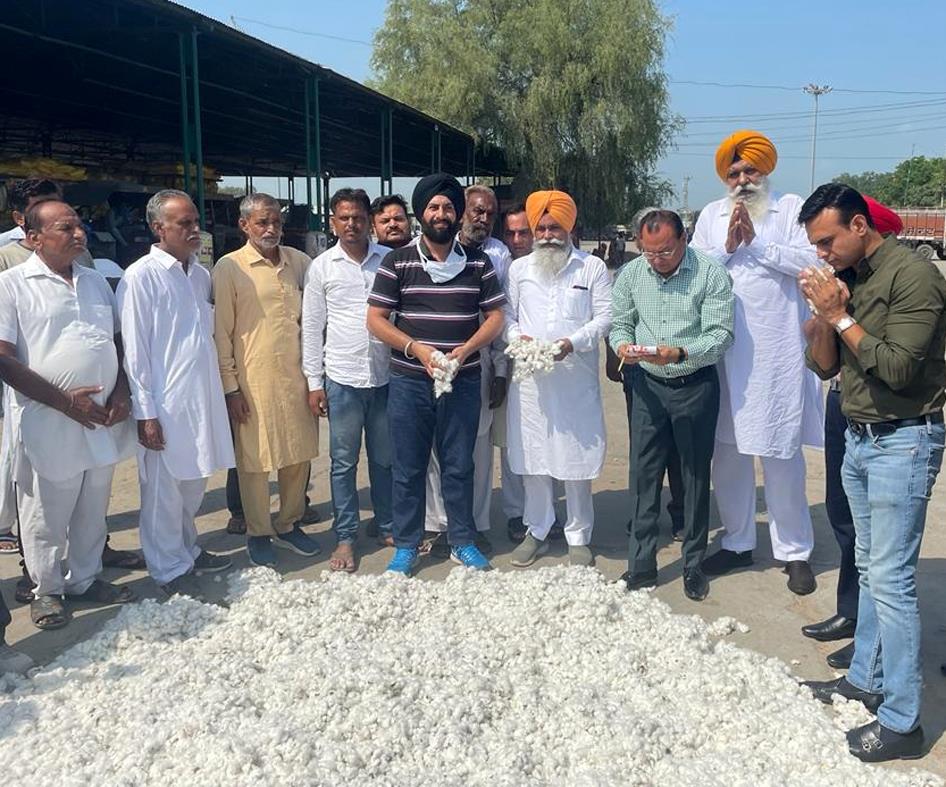 Farmers and traders stand beside the fresh cotton crop at a grain market of Muktsar town on Wednesday. Tribune photo

The arrival of fresh cotton crop has started in mandis and the initial prices have brought cheer to farmers. For instance, on the first day of the arrival in Muktsar grain market today, it fetched Rs 10,251 per quintal against the MSP of Rs 6,225 per quintal.

According to some cotton growers, the prices are almost the same in the neighbouring Fazilka district. Due to a huge demand from cotton factories this year, they hope that the prices will further increase in coming days.

Some cotton factory owners said, “We are delighted that farmers are getting good prices for their produce. However, we demand that cotton trade with Pakistan be opened through the Attari-Wagah border as it will further drive up the prices. Most of the cotton crop in Pakistan has been damaged due to the recent floods. Further, the state government should charge electricity bills as per the total consumption rather than levying fixed charges on cotton ginning factories.”

In many parts of the state, the crop has been damaged due to rains and whitefly and pink bollworm attacks. Sources in the Agriculture Department said cotton had been sown on nearly 2.47 lakh hectares this season, the lowest since 2010.