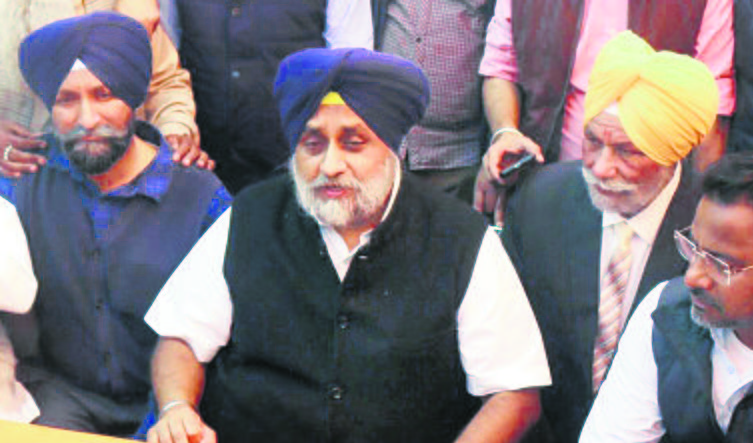 After emerging out of the jail premises, Sukhbir said: “Majithia is in high spirits. The party and all right-thinking people, cutting across party lines, are rallying behind him as he has been booked in a false case.” He said the case was registered at the behest of CM Charanjit Channi and Home Minister Sukhjinder Singh Randhawa. “It is political vendetta. Majithia is innocent and we have full faith in the judiciary,” he said. —