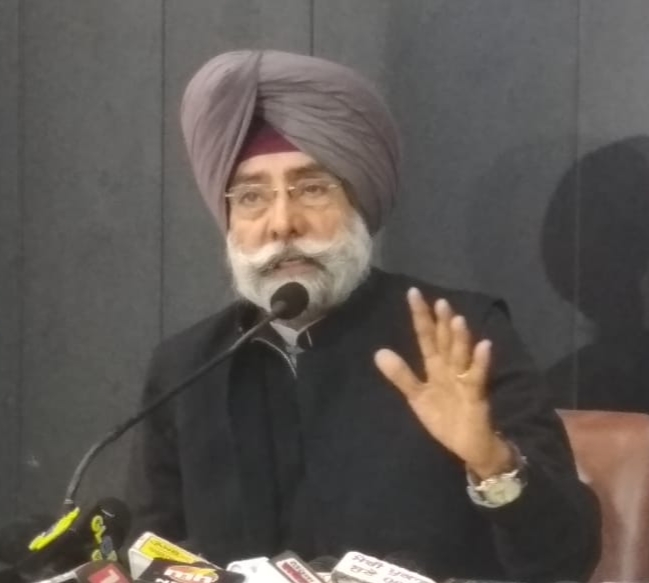 A day after the Shiromani Akali Dal (SAD) excluded him from the revised core committee, former MP Jagmeet Brar today opened a fresh front against the party’s leadership and claimed to have roped in 12 more “sidelined bigwigs” in the parallel group ‘SAD Unity and Co-ordination Panel’ that he recently floated.

Insisting that the Badal family had “ruled the party for too long”, Jagmeet said their aim was to “strengthen” the Akali Dal. The prominent among the 12 members named on the panel were SAD chief patron and former CM Parkash Singh Badal’s son-in-law Adesh Partap Kairon and Bibi Jagir Kaur, who was recently expelled from the party. Kairon, a former minister, was not available for comment. His name had also not figured in the SAD core committee nor has he attended any party meeting for the past quite some time. The other members are Sucha Singh Chhotepur, Ravikaran Singh Kahlon, Rattan Singh Ajnala, Gaganjit Singh Barnala, Sukhwinder Singh Aulakh, Alwinder Singh Pakhoke, Begum Praveen Nusrat, Harbans Singh Manjhpur, Amandeep Singh Mangat and Narinder Singh Kaleka.

A former MP, Jagmeet claimed that traditional Akalis such as Sukhdev Singh Dhindsa and Ravi Inder Singh Kahlon, besides several Sikh leaders in Delhi, were “backing him”.

The assertion by Jagmeet has thrown a new challenge to SAD president Sukhbir Singh Badal, days after Bibi Jagir Kaur had contested the SGPC elections as an Independent and secured 42 votes. For decades, no non-Akali candidate has been able to secure as many votes.

Addressing the media, Jagmeet claimed there had been “no improvement in the party’s image and standing even eight months after the Assembly election”. “We are expanding the ‘Unity Panel’, which will meet on December 9 to decide the roadmap for the 2024 Lok Sabha elections. The focus will be on Punjab and people-centric issues,” he said.

SAD spokesperson Daljeet Singh Cheema said the ‘unity panel’ had no authorisation from the party.