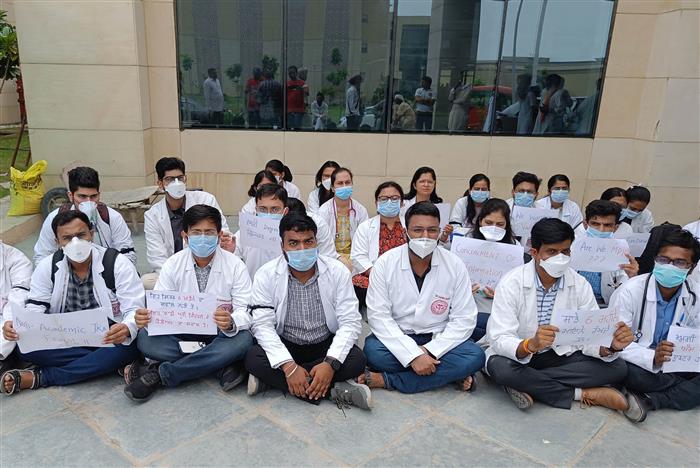 The postgraduate (PG) students of the All-India Institute of Medical Sciences (AIIMS), Bathinda, today staged a protest outside the OPD wing of the hospital.

The postgraduate (PG) students of the All-India Institute of Medical Sciences (AIIMS), Bathinda, today staged a protest outside the OPD wing of the hospital. Academic junior residents alleged that after six months, the management had now told them that they didn’t have approval for their seats.

They said they had got the seats after passing the most prestigious national-level exam. However, after six months, they were told on July 21 that in the course under which they had taken admission in the institute was not approved.

They said the institute authorities should have known this at the time of the admission. Informing this to them in the middle of their course was unjustified, they said. They said they didn’t know when their course would get approval.

They said either their course should be given approval or some provision should be made so that their course gets completed on time. A total of 50 PG students had joined, but six students had left and now, 44 stand affected. Director Dr DK Singh said they would resolve the issue soon.