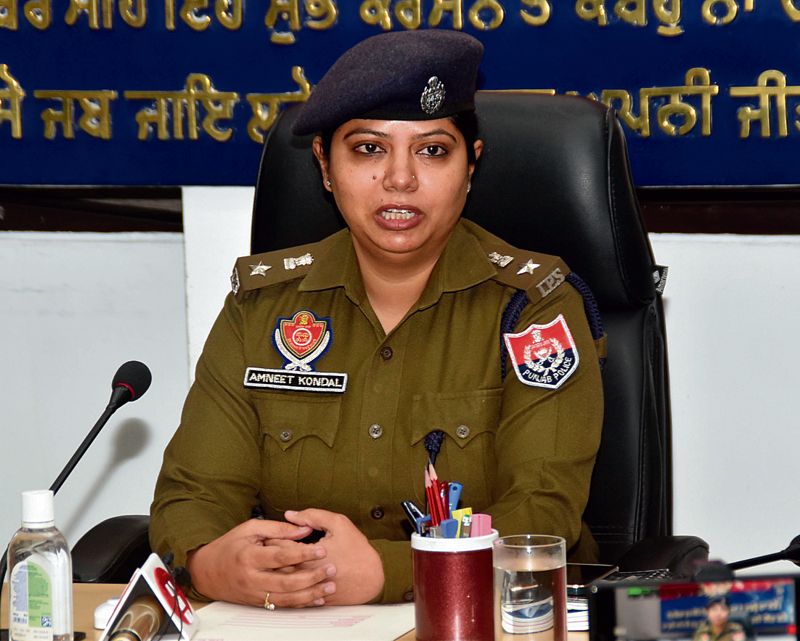 A 2011 batch IPS officer, Amneet Kondal, today took charge as the Bathinda’s SSP, replacing Ajay Maluja who had been transferred by the Election Commission on Tuesday evening. She is the first woman SSP of the district. IPS Amneet Kondal said: “Conducting free and fair polls, along with maintaining law and order, will be her first priority.”

Replying to a query, she said as Bathinda shared border with Haryana, special nakas would be laid to curb smuggling of liquor and drugs from across the state during polls.

The new SSP also laid emphasis on safety of women in the city and claimed that special efforts would be made to prevent eve-teasing and other women-related crimes in the district.

Kondal also held a meeting with senior officers of the district police and got the necessary information from them, apart from the preparations made so far for the security of people in connection with the elections. She also directed the officers to strictly follow the Election Commission’s instructions.