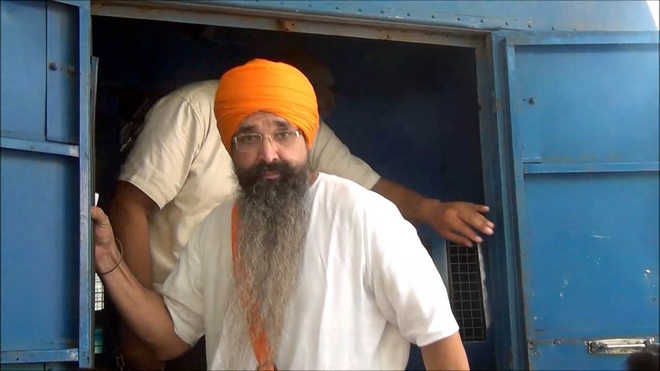 Rajaona, a former Punjab police constable who was sentenced to death on July 27, 2007, for the 1995 assassination of Punjab’s former chief minister Beant Singh, had approached the high court for bail to attend his father’s funeral rites.

On Friday, a Bench of Justices Ajay Tewari and Pankaj Jain disposed of his petition with a direction to the authorities to allow him to attend the ceremony with adequate police escort on January 31 from 1 pm to 2 pm.

Rajaona, who submitted his petition through counsel Vivek K Thakur, his father was the only one who had been taking care of him and coming to meet him often in the 26 years that he has spent in prison, and that he should be allowed to attend his last rites. That request, however, was rejected on the ground that parole could not be granted to a death row prisoner.

Rajaona’s counsel Thakur then argued that the Supreme Court had under similar circumstances granted parole to a death row convict to attend his mother’s last rites with a police escort.

Former chief minister Beant Singh was killed in a blast outside the Punjab Civil Secretariat on August 31, 1995. The explosion killed 17 people, including the suicide bomber, Dilawar Singh.