Hailing from Bengal, singer Sharmistha Chatterjee has been rendering Sufi and Punjabi poetry, often fusing the two to the delight of fans 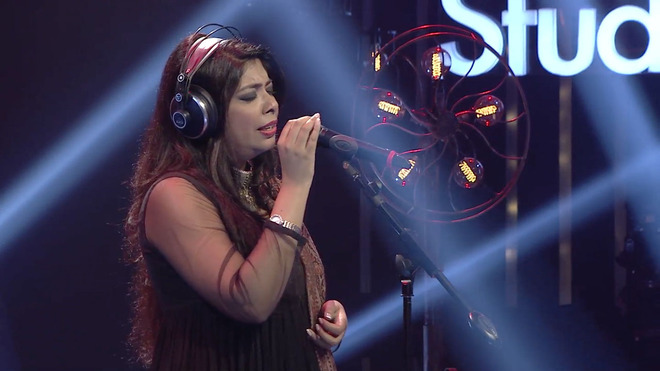 Singer Sharmistha Chatterjee still remembers the day she fell in love with Punjabi poetry... “I heard Salamat Ali Khan saheb’s rendition of “Saanwal Mor Muharaan” on YouTube and realised I had never heard anything like that before. That style of singing and Khan saheb’s skill and roohdaari blew me away.” Research followed, and the singer from Bengal found herself exploring Punjab and its musical traditions.

“I figured that his style of singing belonged to Shyam Chaurasi gharana centred in a village that goes by the same name in Hoshiarpur district. The artistes had moved to Pakistan after Partition, but were still shining through their art, making their place of origin proud all this while,” she says.

That style of classical gayaki is something that Sharmistha was not trained in but found herself immediately drawn into. “Later, I discovered Salamat Ali Khan saheb singing kaafis of Ghulam Fareed in that same gayaki. This, musically, was a huge inspiration and drew me to learn and sing Punjabi Sufi kalaams,” she says.

Sharmistha says her first brush with Punjabi music was, like most Indians, through Bollywood and she gives it all the credit for popularising it well. However, to actually discover its beauty and hidden gems, she got out of her comfort zone, travelled to Lahore to join a Sufi Punjabi rock band, Mekaal Hasan, as its lead vocalist and discovered and understood the kalaams written by Sufi saints. “I was the first Indian wiman to front a Pakistani rock band. As a woman and as an Indian I feel very proud of the fact that I could represent myself on a global platform through this band,” says Sharmistha.

Over the last few years, she has sung poetry of Guru Nanak, Baba Bulle Shah, Shah Hussain, Ghulam Fareed and Amrita Pritam. “I was introduced to Baba Bulle Shah and Shah Hussain’s kalaams when I started singing for Mekaal Hasan. The kalaams were initially chosen by the band. I sang Amrita Pritam’s Waris Shah, which is again the band’s composition. Thereafter, I delved deep into Sufi and Punjabi poetry. I also sang Baba Nanak’s baani as part of a project initiated by Madan Gopal Singh of Chaar Yaar fame.” Madan Gopal, in fact, helped her with Punjabi diction and pronunciation when she took it upon herself to render Gurbani. Also, band member Mohd Ehsan Papu has been a constant support.

Sharmistha’s journey with the band has been a great learning curve and an equally great experience. Papu and Mekaal Hasan came to Mumbai and recorded eight songs with her for their third album, Andolan. A Bulle Shah kalaam, “Ghunghat”, from the album became the top song of Pakistan in 2014. A year later, she was invited to Coke Studio Pakistan where she sang two songs, “Sayon” and “Kinaray”. “I was the first Indian to sing for Coke Studio Pakistan. That is also a huge achievement for me. The same year we toured North America extensively and performed as an Indo-Pak band forgetting, borders, boundaries and only connecting through music, spreading the love that music has in it,” she says.

Sharmistha says she has garnered immense love in all these years. “My fans send me recordings of Reshma and other Punjabi music they want to hear in my voice. I feel extreme gratitude to have gotten so much love from Punjabi audience, inspite of being a Bengali. Somewhere, I think, there is a connection, and the love motivates me to delve even deeper. I have only started off and there is much more to discover, much more to learn and much more to sing,” she says.