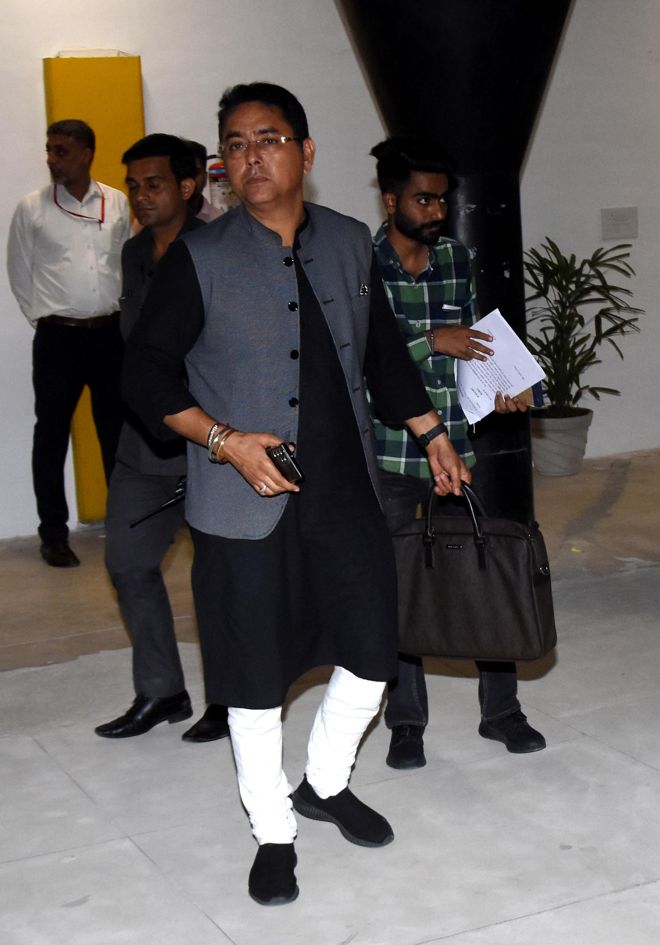 AAP MLA Aman Arora in the Vidhan Sabha on Wednesday.

AAP MLA Aman Arora was dismayed at the Speaker for not allowing him to speak on direct bus service to Indira Gandhi International Airport. He picked up his papers and said, “It is better I walk out of the House if I cannot speak.” He was finally allowed to keep his point of view.

The mother and the sister of Chief Minister Bhagwant Mann were present in the Visitors’ Gallery on Wednesday, as was AAP Rajya Sabha member Raghav Chadha. His presence in the House was pointed out by Partap Singh Bajwa, who taunted AAP MLAs for trying to impress him by raising their voice unnecessarily during the debate, leading to a ruckus in the House.

Figure of speech, matter of dialect

Shutrana MLA Kulwant Singh Bazigar asked the Speaker to allow him to speak in the dialect representing his community. His request was allowed. He made a brief speech in the dialect assuring Bazigars to work for their welfare.