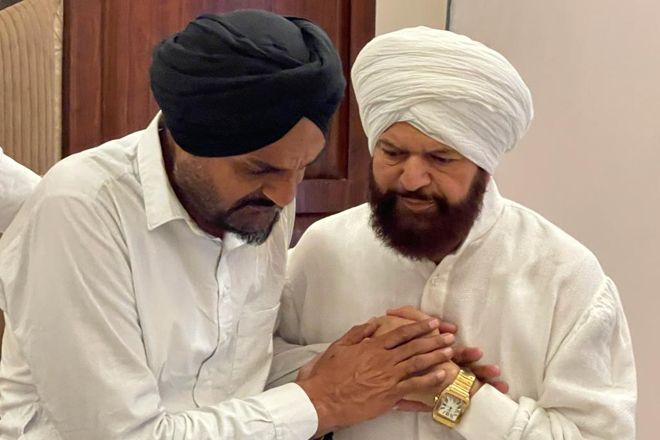 Politicians, artistes, activists and other dignitaries continued to make a beeline for the residence of slain singer Sidhu Moosewala at Moosa village in Mansa today.

Jannayak Janta Party leader Digvijay Chautala also visited the singer’s parents. He said the incident had been linked to Haryana so they would get a probe conducted there as well. “We are in favour of probe by a centre agency. It is a total collapse of the system. Shifting blame on one party or government will not serve purpose. We as a nation are responsible for this unfortunate incident,” he said, adding there were thousands of admirers of the singer in Haryana and that they would get a memorial and music school constructed in his memory there.

Congress leader Kumari Selja said: “This is a big loss not just for the family of Sidhu Moosewala or the Congress, but for everyone. There shouldn’t be any politics on this unfortunate incident. Justice must be served.”

Speaking to mediapersons, Hans said: “These are tough times for the fraternity. Governments first nurture them and then leave them to the elements. His security should have been reviewed. It shouldn’t have been pruned.”

“Moosewala’s murder has shaken everyone. It has been more than a week since the killing, but the police have failed to arrest the culprits. His parents chose to meet the Home Minister rather than trusting CM Bhagwant Mann and Kejriwal,” said Chandumajra.

Meanwhile, unconfirmed reports did the rounds on the social media regarding actor Sanjay Dutt’s visit to the singer’s village.