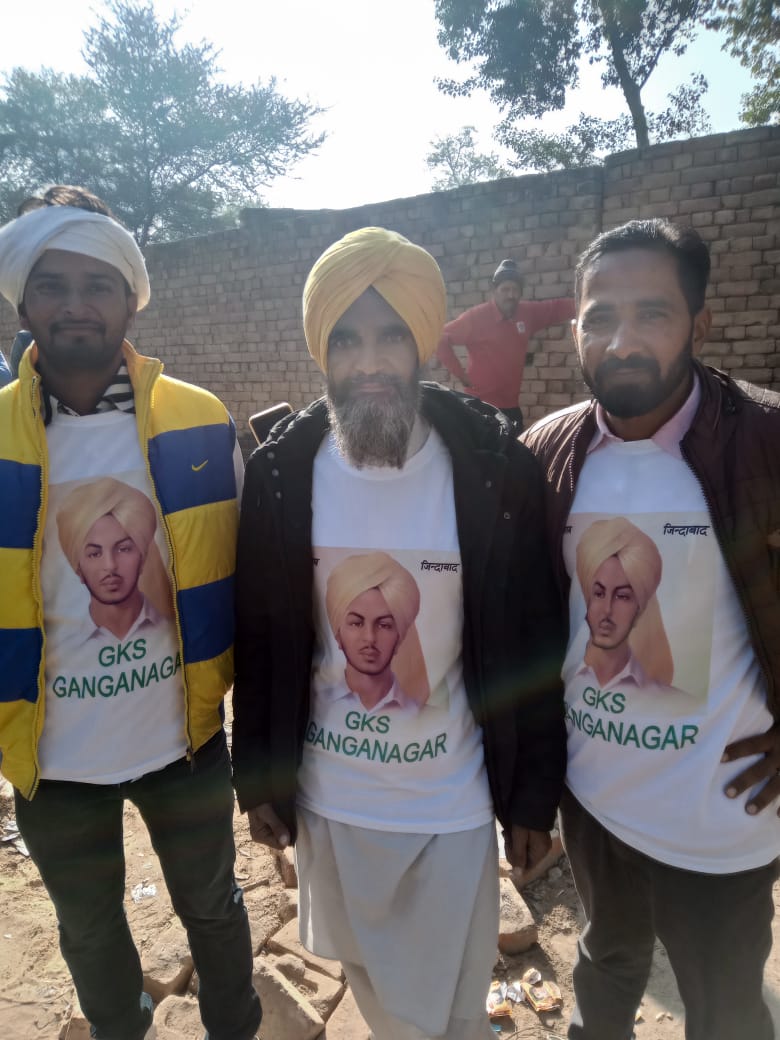 A large group of young protesters mill around at Dabwali border wearing T-shirts bearing the image of Bhagat Singh, one of Punjab’s revolutionary icons.

Several of the women wear yellow dupattas on their heads. Like the T-Shirts, these dupattas are also a mark of symbolism to invoke Bhagat Singh---they signify the yellow of his turban.

The youngsters are part of a larger group of protesters who have come out in solidarity with the ‘Delhi Chalo’ march called to protest three controversial farm laws that the central government passed in September.

Bhagat Singh was a leading revolutionary who became among the youngest icons of India’s long struggle for freedom. His memory now serves to fuel another revolution---that of farmers, say the youngsters.

Jagsir Singh has come from Sri Ganganagar with his friends. Singh idealises Bhagat Singh, he says, and they’re all using the symbolism to inspire others to join the protest.

“Bhagat Singh inspired youngsters to be part of the struggle for independence, and today, we want to tell our youth: ‘Don’t sit at your houses. It’s time to come out and fight for your rights’. Because it’s now or never,” he says.

Gurpreet Singh, a young protester from Bathinda, says:  “Shaheed Bhagat Singh is the first name that comes to mind when we talk about any form of freedom struggle.  No struggle is complete without him”.

Their main fear, they say, is that clause that allows contract farming, which they fear will give unreasonable power over their lands to corporates.

“If we don’t do something about this now, we’ll lose our lands,” says Jagsir Singh.