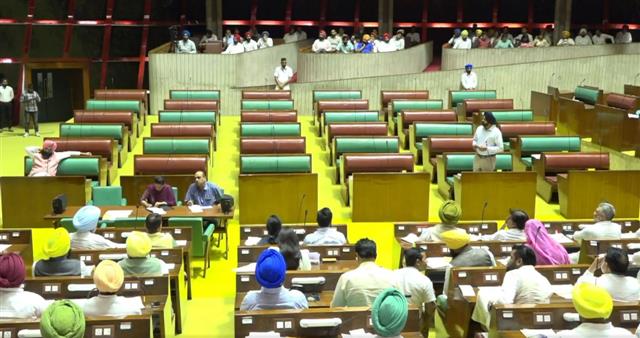 Chief Minister Bhagwant Mann government won the vote of confidence with a thumping majority on the concluding day of the Punjab Vidhan Sabha session.

The Congress and the Bharatiya Janata Party abstained from the vote. The lone SAD and one BSP MLA also did not speak against the motion.

A total of 93 MLA voted in favour of the confidence vote after CM Bhagwant Mann gave the concluding speech.

“I congratulate the people of Punjab for naming of Mohali airport as Shaheed Bhagat Singh International Airport. I will try to get Halwara airport named after Kartar Singh Sarabha,” Mann said.