Recently removed as planning board vice-chief 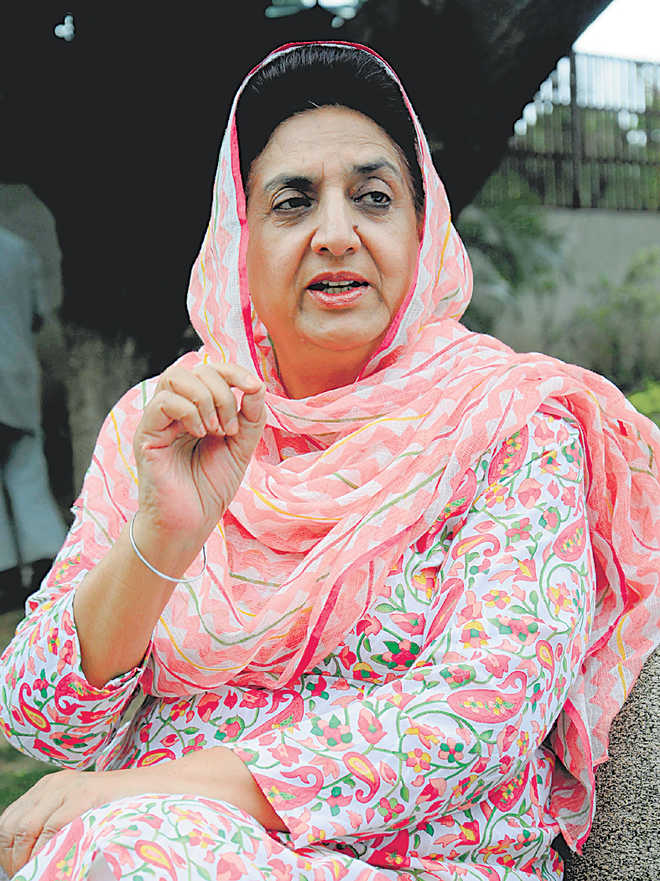 The General Administration Department of the Punjab Government has asked former Chief Minister Rajinder Kaur Bhattal to vacate the Sector 2 house allotted to her by the previous government after being given the Cabinet rank.

In a letter to the former CM, who till recently was the Vice-Chairman, Punjab State Planning Board, the government has asked her to vacate the house by May 5. The board had recently been dissolved by the AAP government.

Bhattal was originally allotted the house (No. 8) from the CM’s pool by the Akali-BJP government, after she refused to vacate her previous house (No 46, Sector 2) allotted to the then Leader of Opposition. She was forced to shift on court orders, but was allotted house No. 8. She was asked to deposit a penal rent of Rs 84 lakh just before the 2017 elections for overstay.

The money deposited by her to get an NOC for contesting the elections in 2017 was later refunded by the Capt Amarinder government. After being given a Cabinet rank, she had retained the house during the five years of the Congress rule.