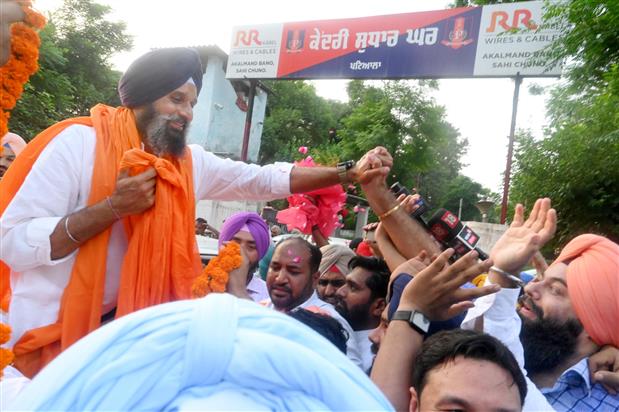 The beleaguered Shiromani Akali Dal (SAD) has got a new energy with the regular bail provided to former minister Bikram Singh Majithia today.

He was arrested three days after the Assembly poll on February 20. His party, at that time, was hoping to win at least 40 seats and wield influence. Instead, the party managed to win only three seats. Later, it lost badly in the Sangrur Lok Sabha byelection also.

But the biggest worry came with the uprising of the rebels against the leadership. None other than the party head in the Assembly, Manpreet Ayali, revolted against the party’s decision to vote for BJP nominee Droupadi Murmu for the President’s post. Former minister Jagmeet Brar has already been vocal against the party’s leadership, policies, alliances and decisions.

Majithia was surely missed by those managing the party affairs as he kept youth leaders and workers together. He also held strong control over the party’s organisation and was the biggest pillar of strength to SAD chief Sukhbir Singh Badal. Majithia’s task now is to bring the party back into the reckoning.

Party insiders said the breaking away of Nitish Kumar-led Janata Dal (U) from the BJP is a perfect sign for the Akalis to revitalise the party’s rank and file. “Nitish Kumar’s bold step will lead to the resurgence of several regional parties that have been backstabbed by national parties,” said a party leader.

The party was also in dire-straits as workers in different districts have been holding meetings, seeking implementation of the Jhunda committee on party reforms. Even senior leaders have held meetings with rebel leader Manpreet Ayali and Jagmeet Brar in defiance of the party leadership’s diktats.

The party leadership had to announce a five-member disciplinary committee as a warning to the rebels. However, the committee is headed by former minister Sikander Singh Maluka, who was actually the first leader in the party to take on the leadership on the issue of farm laws.

Maluka had asked party president Sukhbir Badal to leave the BJP and stand with the farmers. Later, Maluka became the first leader to question why four members of the Badal family and their close aides contested the elections but for others there was ‘one family, one ticket’ rule.

A party release said the party’s faith in the judiciary had been reaffirmed by the HC’s decision to grant bail to Majithia in a politically motivated case by asserting that Majithia was not guilty of offences alleged against him in the FIR registered against him in December 2021.