Rana Gurmit Singh Sodhi, Manoranjan Kalia and Amanjot Kaur Ramoowalia have been made special invitees to the national executive 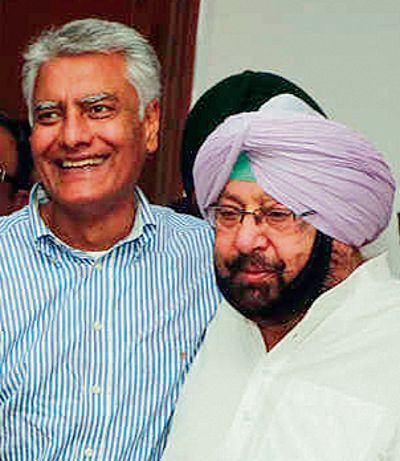 With an eye on the 2024 Lok Sabha election, the BJP on Friday named former Punjab chief minister Amarinder Singh and ex chief of state Congress Sunil Jakhar as the party’s national executive members.

Former Congress minister in Punjab Rana Gurmit Sodhi was appointed special invitee to the committee, the top deliberative body of the BJP which sets the larger political agenda.

The appointments come ahead of the December 5 meeting BJP chief JP Nadda has called for Lok Sabha 2024 election strategising.

It has only two MPs from the state — Sunny Deol from Gurdaspur and Som Prakash from Hoshiarpur reserved.

The Congress has eight MPs out of 13 that Punjab sends to Lok Sabha.

The 2024 general election would be the first where the BJP would contest on its own merit having parted ways from Shiromani Akali Dal, its ally of many years.

The two parties parted over farm laws in 2020.

The farm laws were eventually revoked in November 2021.

The BJP could win only two of the Punjab Assembly’s 117 seats in the election held earlier this year, even as it scripted history by retaining Goa, UP, Uttarakhand and Manipur.

This was the first Assembly election the BJP and SAD fought after breaking up. Both suffered humongous losses.

The BJP now hopes to reverse its fortunes in the state starting with Lok Sabha polls of 2024 for which Friday’s appointments become significant.

Jakhar is a three-time MLA from Abohar and a former Gurdaspur MP.

He had defeated BJP’s Swaran Salaria in the 2017 Lok Sabha bypoll in Gurdaspur, necessitated after the death of sitting BJP member Vinod Khanna who had won the seat four times before he died.

Amarinder Singh, the Congress stalwart had defeated sitting Union Minister Arun Jaitley from Amritsar Lok Sabha seat by a huge margin at the height of Narendra Modi wave that had led the BJP to a historic win in the 2014 Lok Sabha election.

Rana Sodhi, former Punjab sports minister, has switched over to the BJP ahead of state polls earlier this year.

A former four-term MLA from Guruharsahai in Ferozepur, Sodhi lost the 2022 polls when he contested from Ferozepur city on a BJP nomination.

Jaiveer Shergill had unsuccessfully sought Congress Lok Sabha ticket from Anandpur Saheb which had gone to ex union minister Manish Tewari in 2019, which the latter won.

The body has 80 regular members which now increases to 83 with Friday’s inclusions.

It now has 55 special invitees and 179 permanent invitees.