Ex-minister says paid price for speaking up for farmers 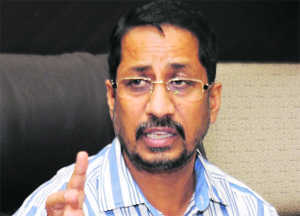 The BJP today expelled former Cabinet minister Anil Joshi from the party for six years over “anti-party” activities. Joshi had gone public against the state top brass, saying they should have supported the farmers and conveyed the ground reality to the central leadership.

I’m proud of the decision. I was part of the BJP for 35 years. I’ve not yet decided on joining any political outfit. - Anil Joshi, Former Cabinet Minister

Following his remarks, the party had served a show-cause notice to Joshi for “anti-party activities” and had asked him to give a reply within two days.

In a press release, party’s state secretary Subhash Sharma said Joshi’s reply was examined by the disciplinary committee and it was found unsatisfactory. “So he was expelled from the party on the directions of state president Ashwani Sharma,” he said.

Instead of giving a reply to the show-cause notice, Joshi questioned the state leadership’s working, said Sharma. Reacting to the expulsion, Joshi said he was proud of the decision as he had to pay the price for standing by the Punjab’s farmers and traders. “I was part of the BJP for 35 years and will keep raising my voice for the cause of farmers,” he said.

Joshi served as the Local Bodies Minister in the SAD-BJP government, but lost the 2017 elections by 15,000 votes from the Amritsar North constituency. Speaking about his future course of action, he said he would keep on taking up the issues of the people. He said he had not yet decided about joining any other political outfit.

Following opposition by farm unions in the recent past, there were some voices from within the party that had questioned the party’s leadership role.