BKU appeals to unions to come together again 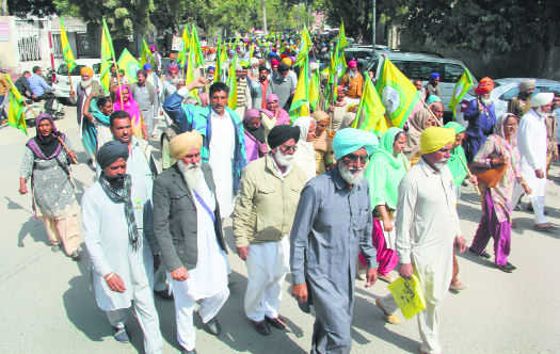 The BKU (Ekta-Ugrahan) has made a fervent appeal to all farm unions in Punjab to once again come together in order to jointly fight for the rights of farmers.

Hitting out at the unions and Samyukt Kisan Morcha (SKM) leaders who had taken political plunge and contested polls under the aegis of the Sanyukt Samaj Morcha (SSM), BKU leaders accused them of disrupting the agenda of the morcha. Though they did not name anyone, the union was clearly hitting out at Balbir Singh Rajewal.

Joginder Singh Ugrahan and Sukhdev Singh Kokrikalan, president and general secretary of the union, respectively, appealed to all farm unions, who are not part of the SSM, to once again join hands. They also appealed to the unions who had joined the SSM to leave the morcha and come back in the SKM fold. —