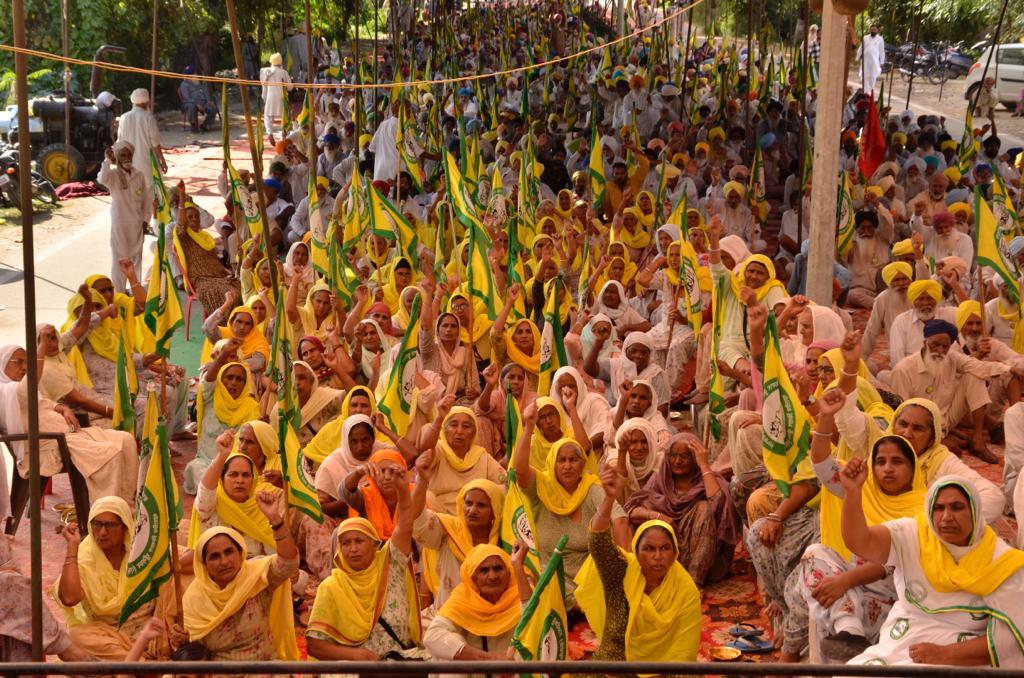 Farmers, who have been protesting near Chief Minister Bhagwant Mann’s residence here since October 9, have threatened to intensify their stir, for they said the state government had failed to fulfil the demands of families of two farmers who died during the protest.

They have refused to cremate the bodies.

Sukhdev Singh Kokrikalan, general secretary of the BKU (Ugrahan), said: “The families of the two deceased farmers demand a government job, Rs 10-lakh aid and a debt waiver. The bodies will not be cremated till the demands are met. The farmers will intensify the agitation.”

The protesting farmers are also demanding financial aid for farmers whose cotton crop was damaged, girdawari to assess the crop loss, a budgetary provision for water projects and closure of a liquor factory near Zira.

“The state government should stop giving police protection to those acquiring land for the Bharatmala road project. It should instead help farmers get handsome compensation for their land acquired for road projects,” said Kokrikalan.

He further said farmers should get Rs 200 per quintal bonus for managing paddy stubble and a financial aid for dairy farmers hit by lumpy skin disease (LSD).