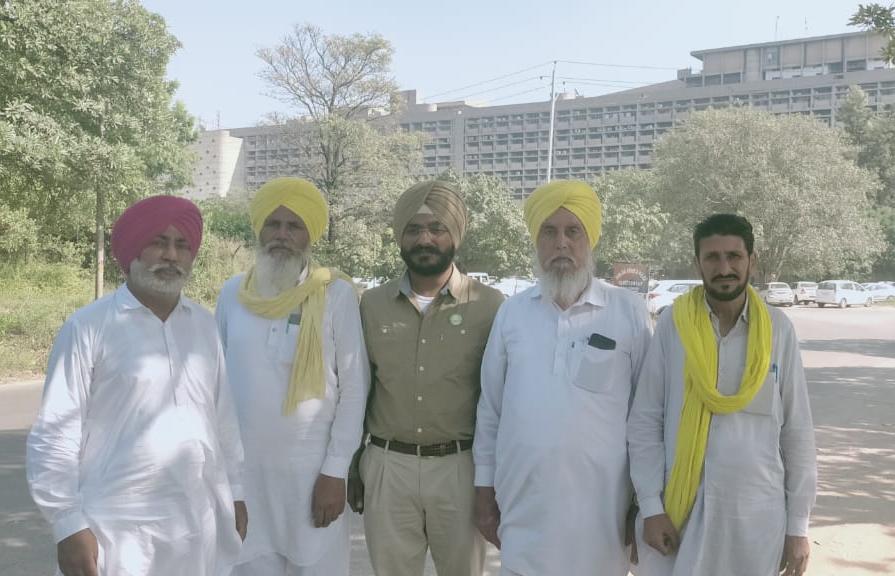 The delegation in front of the Civil Secretariat in Chandigarh. Tribune photo

A five-member delegation of the BKU (Ekta Ugrahan) met a committee of the state government led by the principal secretary to the chief minister at the Civil Secretariat in Chandigarh to demand Rs 60,000 per acre compensation for damage of cotton crop due to pink bollworm in five districts of Malwa region.

However, nothing came out of the meeting, said Ram Singh Bhainibagha, a BKU (Ekta Ugrahan) leader. "The officers said that the state government can give a maximum of Rs 12,000 per acre according to the rules. However, we want Rs 60,000 per acre relief for farmers," he said.

He also said that the indefinite protest outside Finance Minister Manpreet Badal's residence at Badal village will continue.

"We will now chalk out a fresh strategy in our meeting," said Ram Singh.