Raises awareness on ‘flaws’ in Acts 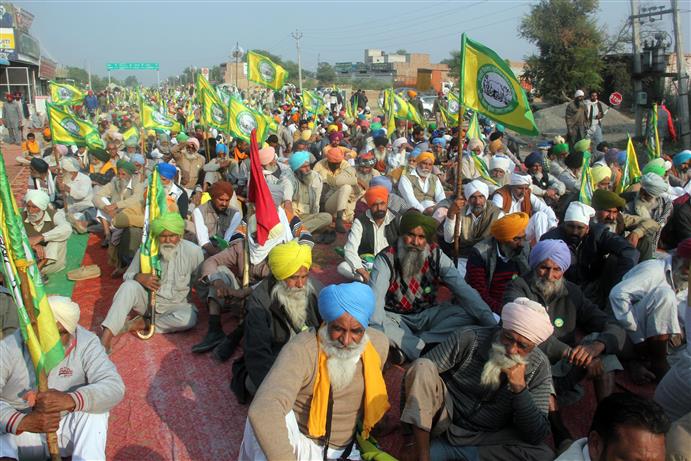 Farmers associated with the Bhartiya Kisan Union (Ugrahan) carried out an awareness march against the new farm laws here today. The march passed through BRS Nagar and Sunet. The farmers shared information with the city residents regarding “flaws” in the new farm laws and sought their support.

BKU (Ugrahan) members Charan Singh Noorpura and others led the march. Union member Bharpur Singh said: “We have been protesting against the farm laws on the Ferozepur road for past 56 days. Today, we carried out the march with an aimed to make residents of colonies aware of the contentious farm laws.”

The union members informed that five persons including Gurjit Singh, Hardev Singh, Karamjit Singh, Himmat Singh and Balwinder Singh observed relay fast today. They demanded the repeal of the farm laws at the earliest. Meanwhile, residents continued their protest for the ninth day at a petrol station on the Dugri road. — TNS